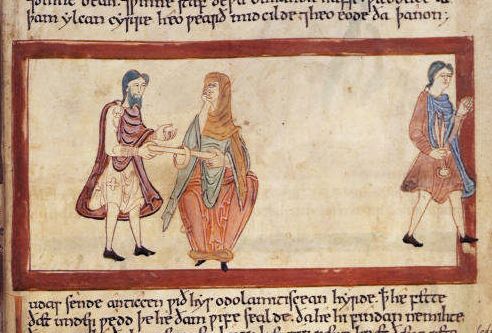 The present situation in Europe makes my True Christian™ blood boil with anger. Several cities and districts are totally taken over by Mudslims, who de facto have introduced their own code of “Sharia”. As a result blonde European woman are regarded as whores, and not wearing a “Hijab” or a “Burqa” is considered an invitation for rape.

Therefore it’s with great pleasure that I quote from the Good Book:

Genesis 38:14 And she put her widow’s garments off from her, and covered her with a vail, and wrapped herself, and sat in an open place, which is by the way to Timnath; for she saw that Shelah was grown, and she was not given unto him to wife.
Genesis 38:15 When Judah saw her, he thought her to be an harlot; because she had covered her face.

So according to the Bible, a woman who covers her face with a veil is harlot!

The next time you encounter one of those terrorist birth-machines walking around in her own private circus tent, be sure to yell “whore” and throw a few stones at her.