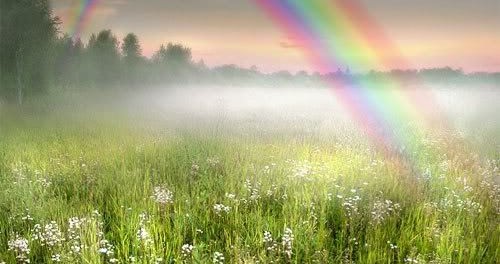 Why are we concerned about the gay agenda? Because we are concerned about souls, Heaven and Hell. Because Jesus guides us to love and cherish those who are below us and still wallowing in the filth of rectal material.

We have known all along that homosexuality is a choice that has been made either by the repulsive sinner himself or by the forefathers and mothers of the preceding generations (Deuteronomy 23:2). While this is straightforward and easy to grasp, it has been most difficult for atheists to comprehend. Now a new study reveals that

The Science
In the new article by Ngun et al. (1) the scholars have investigated male twins. One of them was a Godly heterosexual, the other a corrupted gay man. This alone (twins have the same DNA) proves that homosexuality is not genetic. Instead, the scientists examined how the genes are regulated and a big surprise was waiting for them:

Chemical modifications to DNA that change the activity of genes without changing the genes’ information differ between homosexual and heterosexual men, researchers from UCLA David Geffen School of Medicine have discovered. Results of the unpublished study on the link between these modifications, called epigenetic tags, and sexual orientation were presented October 8 at the annual meeting of the American Society of Human Genetics. Comparing one type of epigenetic tag known as DNA methylation in pairs of twins in which one brother is gay and the other straight revealed patterns that distinguish one group from the other about 67 percent of the time, computational geneticist Tuck Ngun and colleagues say.

This proves the first two points:

Revelation 13:18
Here is wisdom. Let him that hath understanding count the number of the beast: for it is the number of a man; and his number is Six hundred threescore and six.

Satan can damage our DNA.

The Spread of the Epidemic
Again, let us look in more detail at the testimonial of the scientists quoted above. The ultimate cause of homosexuality is in the chemical modifications of DNA. Question: How can you modify genes with chemicals? The answer:

CHEMTRAILS
It is well-proven that the government has been using chemtrails for decades and that these chemtrails contain exactly the chemicals that cause homosexuality.

…the government in cahoots with the NWO have begun using their Chemtrail delivery systems to spray us with homosexuality inducing chemtrails, consisting of a mixture of (RS)-1-(Benzo[d][1,3]dioxol-5-yl)-N-methylpropan-2-amine, sildenafil citrate, and dihydrogen monoxide, and having the characteristic rainbow sheen not seen in standard geo-engineering or mind control agent chemtrails.

In the new study (as we can see above), it was proven that homosexuality is caused by methylation. Here we can see that the government is polluting us with chemicals containing these methyls. Is 2+2=4? As it turns out, 2+2 actually IS 4. Case proven:

To be honest, the cure is hidden only from the great majority of the nation but not from our minority of Moral Majority. The scientists are trying to be vague and still in desperation promote the gay agenda:

Some are concerned that the research could be misinterpreted as one step in an effort to “cure” homosexuality. Nothing could be further from the researchers’ intentions, say Ngun and Eric Vilain, the geneticist who heads the research group. “None of us see homosexuality as a disorder or something to be fixed,” Ngun said. “We’re just interested in what makes us tick.”

Well, we can clearly see that it is the tallywhackers and colons that make them tick. But that is not the case for us. Jesus makes us tick! He gives us advice! (3)

Luke 21:11
And great earthquakes shall be in divers places, and famines, and pestilences; and fearful sights and great signs shall there be from heaven.

This shows us that… Satan can make the spread of the contagion look beautiful and usurp God’s promise of the rainbow (Genesis 9:13).

2 Peter 2:20
For if after they have escaped the pollutions of the world through the knowledge of the Lord and Saviour Jesus Christ, they are again entangled therein, and overcome, the latter end is worse with them than the beginning.

This tells us that:

The scientists must know of this. They are just trying to confound the ignorant masses of sinners. For the benefit of those without any literacy in Creation Science, I can now reveal the cure:

Psalms 91:10
There shall no evil befall thee, neither shall any plague come nigh thy dwelling.

Proverbs 12:21
There shall no evil happen to the just: but the wicked shall be filled with mischief.

1. T.C. Ngun et al. A novel predictive model of sexual orientation using epigenetic markers. American Society of Human Genetics meeting, October 8, 2015.
2. In fact, we have seen the signature of Satan with the infinite number 66.66666666666 in homosexual biology also previously. It is always nice when new results prove the hypotheses of Creation Science and show that a) Creation Science is able to make testable predictions and b) these predictions are always correct.
3. The name of the other scientist is almost the same as a “villain”. This cannot be a coincidence!