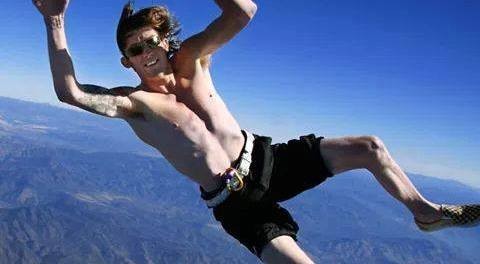 Much like the Theory of Evolution, Heliocentric Theory and the Theory of Microbial Disease, gravity continues to be a best guess (what we evangelicals call a theory) of scientists. But is gravity actually a natural process? Or is there another alternative to science? Let us introduce you to intelligent falling or intelligent pulling, as some creation scientists call it.

You have no doubt heard by now the old line trotted out “Gravity is a fact” from atheists and in public universities.

But if gravity is a fact, they need to answer a few questions first.

What is gravity? How does it work?

Is it some particle or a wave? Why can’t scientists find its source? They can reliably test it in a closed system and know that it works, yet they cannot find what it is.

How fast does it go? If our universe is supposedly expanding and it’s all due to gravity, surely they can tell us at what speed it moves at. And why does the universe expand due to gravity? Shouldn’t it be shrinking if objects with mass are attracted to one another?

What is it about mass that causes it to exist? Why is there no gravity without mass? If this whole universe was a topsy turvy series of randomness, why doesn’t gravity suddenly appear from nowhere?

To make up for this stunning lack of answers to these important questions, the Einsteinian gravatationalist will drone on and on about curvatures and ripples in the space-time continuum. They’ll trot out various “proofs” put forth by various scientists, many of which were not Christians. They’ll even talk about made up terms like gravitrons. gravitomagnetism and precess. All they are trying to do is to talk over your head, with scientific lingo to hide the fact that they don’t have the answers.

But someone does have the answers!

If they cannot explain every single facet of gravity mathematically and if we cannot observe its effect to the furthest reaches of outer space (of which we only know about 5% of), then shouldn’t we be looking for answers elsewhere?

If that wasn’t devastating enough, these so called scientists (1 Timothy 6:20) can’t prove that it is not intelligent pulling that keeps you on the ground, satellites in orbit and spacecraft in flight, making gravity a theory in crisis.

String theory may hold the answers to the question of gravity.

How very interesting. Invisible strings could be holding everything up. But what are these strings made of? The newest hypotheses suggest they are made out of The God Particle. But what is the God Particle?

The Higgs boson or Higgs particle is an elementary particle in the Standard Model of Particle physics.

In other words, no one really knows what it is or what controls it. If they don’t know, would be it reasonable to assert a higher power is in control of it all?

We certainly think so.

Since we don’t understand the exact mechanism for gravity, I think everyone would have to agree that it is possible that the invisible strings theory is the correct one.

But how do we know it is the Christian God who controls the strings?

Because the Bible already predicts this miracle of our very existence!

Colossians 1:17 And he is before all things, and in him all things hold together.

Isaiah 40:22 It is he who sits above the circle of the earth, and its inhabitants are like grasshoppers;

Isaiah 43:13 Yea, before the day was I am he; and there is none that can deliver out of my hand: I will work, and who shall let it?

Again, the Bible and True Science are in harmony with one another.

Need proof? With enough faith, we can be free from the grasp of falling.

Now these are highly experienced faith fallers. I don’t want you to practice on anything higher than 12″ off the ground. Because you probably don’t have enough faith to do this. And that is not God’s fault. The fault completely lies with you, if you don’t float off the ground.

Photos borrowed from Intelligent Falling vs Gravitationism on Facebook.

If you don’t believe it can happen, you lack faith. Jesus says you will get whatever you ask for in faith.

21 Jesus answered and said unto them, Verily I say unto you, If ye have faith, and doubt not, ye shall not only do this which is done to the fig tree, but also if ye shall say unto this mountain, Be thou removed, and be thou cast into the sea; it shall be done.

22 And all things, whatsoever ye shall ask in prayer, believing, ye shall receive.

John 14:12 Verily, verily, I say unto you, He that believeth on me, the works that I do shall he do also; and greater works than these shall he do; because I go unto my Father.

Please see my sermon on faith and God granting you what you ask for.

You do believe Jesus, don’t you?

I find his lack of faith to be disturbing.

Also, we know intelligent pulling is real because how else could two objects one heavier and one lighter fall at the exact same time? It makes sense that the heavier one would fall faster. It is clearly because God or His angels are pulling the objects to the ground at the same rate.