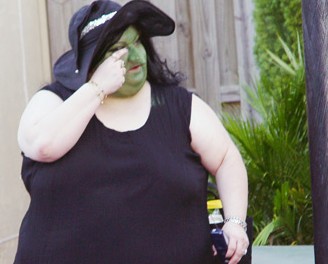 This brief article will be trying to discover the reason why Wiccans are so incredibly unattractive and fat.

Are they fat and ugly, so they decide to become witches to get the attention they seek?

Maybe it is that reading Gerald Gardner makes these women crave Twinkies and Bon Bons?

Or could it be something more sinister is at hand?

At first glance it would seem to be patently obvious that these women are attention starved, so they turn to a fake religion made up in the 1950’s by Gerald Gardner, in which they are the dominant prophets and teachers. It seems such a simple explanation. It’s wish fulfillment. They get to pretend like they have magical powers and that they are beautiful creatures of a goddess, when in fact nothing further could be from the truth. They are summoning Satan’s demons. I don’t care if you Wickers don’t believe in Satan, because he believes in you!

Maybe they all started out as beautiful women and reading Gardner makes them more ravenous than a dozen teenage boys high on the marihuana? At first glance this statement makes no sense. How could reading some fake magic book deform these women so horribly?

Through countless hours of labor at the Landover Scientifical Studies, we have come up with an answer that might just shock you. The results are astounding!

The Findings of the research. Even then, you could see the wrinkles and fat folds beginning to rapidly take hold of these decent looking (for whore tramps) women.

Using advanced facial recognition technology, we have found them today.

The one on the left. A mere few years later, the results have been horrible to behold.

For the one on the right, time has even been nearly as unkind. Do you think this is just a coincidence? Let us assure you it is not!

This picture was taken of a Wiccan girl who called herself Forest Godess in 2001.

Notice she is already growing the fat arms and ample gut she is trying to hide with her clothes and pose.

But look at her in 2013 in a psychology magazine!

The same principle works with men. See this fellow back in 2008.

He had obviously already been practicing Wicca for five years. 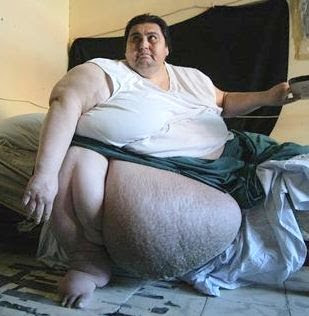 Our scienticians have come to the amazing conclusion that in fact Wicca makes these people fat and unattractive. We have found that it’s the hole that Jesus leaves in the soul that the practitioner of evil arts is trying to fill with peanut butter, ice cream and Christian babies.

The constant summoning of demons and handling evil familiars ages these women quickly as well. The image of the witch as an evil old looking crone is based on reality.