Jesus Christ uttered these words in His Famous Sermon on the Mount. As God is perfection, so we must be.

Be ye therefore perfect, even as your Father which is in heaven is perfect. Matthew 5:48

When our omniscient God came back to find that they knew they were naked and that they had eaten the fruit, that is when sin came into the world. But it is through Jesus Christ that we are made righteous. (Romans 5:19)

19 For as by one man’s disobedience many were made sinners, so by the obedience of one shall many be made righteous.

But how do we keep ourselves free from Satan’s temptations to our holiness? I believe, brothers and sisters, that we must name and know our true enemy. It is only that way we can be vigilant against it.

A few years ago, scientists believed leeches cured diseases. They thought the universe had no beginning. They thought a man lived in the moon and that it was made of cheese. They thought the sun revolved around the earth and all sorts of other crazy notions we now know to be untrue. They all serve to lead us astray from Jesus Christ. 1 Timothy 6:19-21

19 Laying up in store for themselves a good foundation against the time to come, that they may lay hold on eternal life.

20 O Timothy, keep that which is committed to thy trust, avoiding profane and vain babblings, and oppositions of science falsely so called:

21 Which some professing have erred concerning the faith. Grace be with thee. Amen. 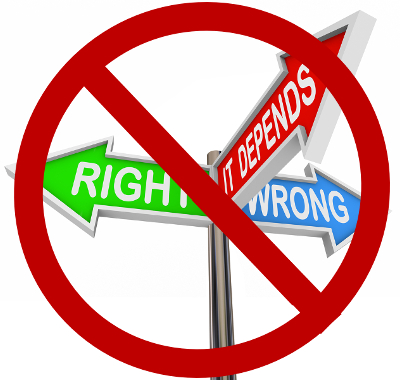 By ethics, I mean the philosophical study of moral relativism. Questioning black and white morals laid down in the Bible and even questioning how those morals are applied through Biblical Law throughout the Word through the lens of 21st century morality, is not to be done by the untrained. What we should be teaching instead is how to compartmentalize and disassociate certain more questionable content throughout the Testaments. Though, this can lead to one of my pet peeves… 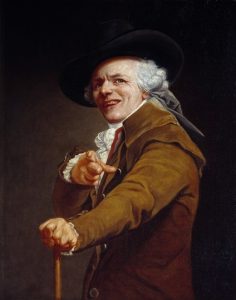 I see so many cherry picking Christians doing this these days. They make well meaning (though ultimately leading to hell) statements like, “Jesus was only speaking to His disciples. Paul only meant that for the audience he was writing to. That only applies to the Old Testament priesthood. That rule was only for the Jews.”This chips away at important issues that are still relevant today. Do most so called churches care that 42% of so called Christians are divorced? No, they don’t. Do they care if the Old Testament Laws are still carried out and followed? No, they don’t.And this is the source of it. When half of the fake Baptist ministers in this country are divorced from their wives and shacking up with their boyfriends, you can come back here and tell me I was right.This leads me to the next thing we must watch out for.

4. Tolerance of Sin and false religions

The secular communist Satanist media asks us to swallow a lot as far as toleration for divorce, homosexuality, fornication, single mothers, violent video games, Dungeons and Dragons, popular music and so many other things.

The Bible tells us to live away from the sinners and not be of this world.

That is what it is going to take for us to live away from sinners. Get rid of your cable TV, only come to this site on the internet and move to a True Christian™ community where you can be held accountable for your sins.

5. Belief that God’s grace is a license to abrogate God’s laws.

Also known as Antinomianism is the heretical belief that Jesus came to do away with the Old Testament law. The false Christians skip right over Romans 6 and come to the conclusion that Paul told them they no longer have to do anything to get to heaven. And this is the surest path to hell.

1 Peter 5:8 Be sober, be vigilant; because your adversary the devil, as a roaring lion, walketh about, seeking whom he may devour:

If you hear anyone calling himself a Christian discussing or making any of these arguments, tell your Pastor if he is a real Christian, tell a parent, tell a policeman. If you are skilled at apologetics, confront them with their lies.

2 Tim 4:2 Preach the word; be instant in season, out of season; reprove, rebuke, exhort with all long suffering and doctrine.