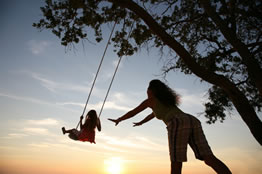 The Bible tells us that the sun revolves around the earth and not the other way around. Joshua 10:12 Then spake Joshua to the LORD in the day when the LORD delivered up the Amorites before the children of Israel, and he said in the sight of Israel, Sun, stand thou still upon Gibeon; and thou, Moon, in the valley of Ajalon.
Joshua 10:13 And the sun stood still, and the moon stayed, until the people had avenged themselves upon their enemies. Is not this written in the book of Jasher? So the sun stood still in the midst of heaven, and hasted not to go down about a whole day.

Isaiah 38:8 Behold, I will bring again the shadow of the degrees, which is gone down in the sun dial of Ahaz, ten degrees backward. So the sun returned ten degrees, by which degrees it was gone down.

Psalm 19:4 Their line is gone out through all the earth, and their words to the end of the world. In them hath he set a tabernacle for the sun,
Psalm 19:5 Which is as a bridegroom coming out of his chamber, and rejoiceth as a strong man to run a race.
Psalm 19:6 His going forth is from the end of the heaven, and his circuit unto the ends of it: and there is nothing hid from the heat thereof.

Ecclesiastes 1:5 The sun also ariseth, and the sun goeth down, and hasteth to his place where he arose.

Habakkuk 3:11 The sun and moon stood still in their habitation: at the light of thine arrows they went, and at the shining of thy glittering spear.

That should be enough for anybody with any sense. But let’s say you’re the skeptical type and don’t believe God’s Word, we have come up with some practical experiments you can do to prove the sun revolves around the earth. You and your children can do these together for your homeschooling lessons.

A modern jet only goes 1,550 mph. That’s only 2.5% the speed scientists say you’re going already. If you were really moving that fast on the earth, a plane would feel like nothing, yet you can feel its motion. And if a jet took off the ground going 1,500 mph at night and the earth was moving at 64,000 mph, the jet would be left behind to float in space. That’s just silly.

Push your child in a swing. Did his or her body start to move forward? Did the child feel when you pushed him? Now, slow the child down. Did he feel that? You have just experienced orbital resonance. When two bodies come close together in space, their gravity causes them to speed up, slow down and skip a little. If the earth was moving, you would feel it every time we experienced a little bump.

If you drive over a speed bump, you feel the motion of it. Go over one too fast and your head will hit the ceiling. If the earth was really moving fast, we would feel constant bumps and be flung thousands of feet into the air with only a tiny change of our speed.

It’s fairly simple. You’ll need two full mirrors. A half mirror, a beam splitter and recombiner. You need to direct the half mirror toward a single light source. One toward the supposed direction the earth is traveling, the other in a right angle away from it. The light should have returned slightly more slowly than it did from the right angle. But if you were doing this experiment, you wouldn’t find any variation. The first time this experiment was tried, they couldn’t find any speed of 30 kmps. Why is that? Could it be because the earth is stationary? Balance a spoon on your finger. Congratulations! You have found the center of mass. Now wobble the spoon slightly without letting it fall. The edges move, but the center stays still. It makes sense that the universe has to have a center. And our God created the entire universe with humanity in mind. That is why the Bible tells us that the earth does not move because it doesn’t!

Psalm 93:1 The LORD reigneth, he is clothed with majesty; the LORD is clothed with strength, wherewith he hath girded himself: the world also is stablished, that it cannot be moved.

If you are still skeptical, I want you to go out and perform these experiments, so you can see with your own eyes that geocentrism is the truth!