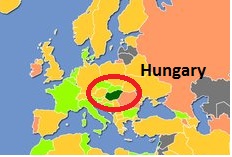 In this essay some very straightforward but also “gay” language will be presented. This is not fit for any True Christian™ nor Unsaved Ladies. However, for True Christian™ men these data offer some well-deserved relief for the fears and anxieties about our penis sizes. We do not have to be ashamed. If God could talk about these things, so can we:

Ezekiel 23:20
For she doted upon their paramours, whose flesh is as the flesh of asses, and whose issue is like the issue of horses.

1 Kings 12:10
And the young men that were grown up with him spake unto him, saying, Thus shalt thou speak unto this people that spake unto thee, saying, Thy father made our yoke heavy, but make thou it lighter unto us; thus shalt thou say unto them, My little finger shall be thicker than my father’s loins.

Size matters to God. Harlots covet for large size, young men measure their penises and compare the sizes. This took place in Biblical times and, unfortunately, the corrupted mankind continues these vile practices. Fortunately, Creation Science can tell us…

Let us start with the size. Penis size is a reasonable field of study and meticulous measuring has given us a comprehensive chart of penis sizes all over the World. The map is most interesting as we can see:

Now, it is well-knows that True Christians™ are not racists. Secular atheists often claim that Hamites would have the biggest penises but here we can see that penis size is independent of skin complexion. The largest sizes are in some parts of Africa and Mexico, while the smallest penises are in China, Japan, Korea and India (we knew that!). The nations with the biggest penises include Sudan (Muslim Hamites), Bolivia (dot Injuns), the Cameroon and Ghana (false Christian Hamites), Venezuela (communist Papists) and Colombia (Papists). Hence, race of religious affiliation do not explain the variations in penis size. In addition, we have an interesting outlier in Europe: Yes, it is Hungary, previously a part of the Australian Empire, then part of the Soviet Union and now a semi-independent nation of the European Union. Capital: Buda Pest (really!), 9.88 million inhabitants, 37.7% Papists, 11.1% Zwinglian/Calvinist Reformists. Politically, the country is a fascist state with very close ties to Putin’s Godly Russia. The leading party is called Fidesz, a Conservative National Socialist Party. Homosexuality is legal.

All this raises many questions:

Sodomy. Gays. Homosexuals. Sodomites. Defilers of themselves with mankind (1 Timothy 1:10).

In addition to geography, homosexuality explains penis size in a comprehensive manner.

Penile dimensions were assessed using five measures of penile length and circumference from Kinsey’s original protocol. On all five measures, homosexual men reported larger penises than did heterosexual men. Explanations for these differences are discussed, including the possibility that these findings provide additional evidence that variations in prenatal hormonal levels (or other biological mechanisms affecting reproductive structures) affect sexual orientation development.

Now we are ready to combine these two excellent studies and make our conclusions.

Creation Science can also reveal the mechanisms of this growth in penis size due to sodomy (DO NOT READ THIS UNLESS YOU ARE A TRUE CHRISTIAN™ PASTOR). The rectal sphincter is very resistant to the penetration of a tallywhacker and the constant violations of this tight orifice must cause enormous strain on the male organ making it longer and sturdier to withstand the pressure.

What about Hungary?
The nation’s leaders must be desperate. This issue explains why the authorities have turned to Mr. Putin. The population is probably kept unaware of this development but the political elite must know that they are dying out.

Hungary is experiencing sub-replacement fertility, with the total fertility rate (TFR) in 2015 estimated at 1.43 children born/woman, lower than the replacement rate of 2.1.

Now we have the answer. All Hungarian men except the friends of Putin are indeed homosexuals. The Hungarian nation is facing extinction. Papism and Calvinism are also contributing factors, as they cause homosexuality followed by the vicious circle of penile growth and more sodomy further elongating the penises.

Are we safe? I dare say that America is in a relatively good shape regarding penis size. Much better than the Mexicans and slightly better than Godless Canada. No cause for alarm but vigilance is necessary to avoid any elongation or increase in girth.

To conclude, we come back to the Bible and the most significant penis size-related verses in the Masterwork of Jesus!

Ezekiel 23:20
For she doted upon their paramours, whose flesh is as the flesh of asses, and whose issue is like the issue of horses.

1 Kings 12:10
And the young men that were grown up with him spake unto him, saying, Thus shalt thou speak unto this people that spake unto thee, saying, Thy father made our yoke heavy, but make thou it lighter unto us; thus shalt thou say unto them, My little finger shall be thicker than my father’s loins.

I am happy to tell that, personally, I am at the lower end of the range for American penises.