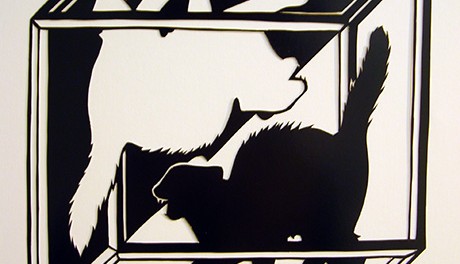 People complain that this is far too many prayers to cope with – some say angels help. They are wrong, there is no biblical support for this. Catlix say Mary relays these messages – well, I know women can talk but even that is going some. So we can dismiss this.

God does it – your computer can do it, so God certainly can.

We pray for hundreds of things to happen in the present and we note that they are, most all of them, granted, but the really big prayers for the present are rare: only those of the greatest faith even attempt them:

[In a bedroom of a house in which the son is in the final hours of a fatal illness]
Mother: “I pray that my son be restored to health.”
Son: [shouting from the other room] “Mother! I have never felt so well in my life! Where are my clothes? I need to repair my car.”

This is a miracle. It is a direct demonstration of God’s Power. It is exceptionally rare unless you attend Landover’s Services of Healing when Pastor Zeke gets into full flow. In one remarkable session in August 2010, the Godly Pastor raised three people from the dead – four if you count the one who had been knocked unconscious in the rush but was pronounced dead…. but I digress (albeit with justification.)

The Past Prayer I:

Usually, the prayer must be for something that has not yet happened because although prayers may require that physical laws are defied, some say they may not defy time. In the Atacama Desert “Make it rain tomorrow.” is a valid prayer but “Make it so that it did not rain yesterday.” is an invalid prayer. (It doesn’t rain in the Atacama, so that is just an example – you get my drift.)

You see how I wrote some say there? Listen up!

Past prayers are valid and this is how they work:
A: “I pray that it had not rained yesterday.”
B: “It did not rain yesterday, you are thinking of the day before.”

The effect of the prayer was either (i) to remove a delusion from the person praying or (ii) create a delusion in everyone else. (ii) is more difficult, especially if yesterday’s rain were torrential and caused damage and death. We see (i) as common, yet we cannot know if (ii) is a regular occurrence.

However, some theologians claim that the reason that there can be no real “past prayer” is that the past is the history of God’s plan – it is perfect, and therefore should not, and cannot, be changed.

The Past Prayer II:

Prayers are nevertheless said for a past event, the outcome of which is not known:

“I pray that my wife has survived the hurricane that has just torn through the town which she was visiting.”

Like Schrödinger’s cat, before news reaches the praying husband, his wife is in a state of superposition – both alive and dead and remains so until, for the husband, the probability wave collapses. However, for those who know the state of the wife when the prayer is said* there is either no need to pray (she is alive) or no point (she is dead.)
Such a prayer is not really a prayer, it is simply a malformed request to God to let you know the outcome – which He does in the usual way – a telephone call from the police.

I hope this has helped.

* The probability wave has already collapsed for them.


Replies:
Mary Etheldreda (09-02-2016 04:40 AM): Thank you, Pastor, for this very insightful look into just how prayer works. It's amazing to me to see atheists harp on and on about God not answering prayer, God not fixing things, or God not caring enough ...
Cranky Old Man (09-02-2016 05:22 PM): Thank you for this explanation. Matthew 21:22 tells us that God answers all prayers of those who truly believe, so when I prayed for Obama not to be our president, and Obama became our president, I concluded ...
Ezekiel Bathfire (08-05-2017 01:02 PM): I should have prayed in 1961 for Obama to never have been born. Since I neglected to do that it now is my fault, not God's, that Obama is our president. No! It would have been a mistake to not have Obama ...
WilliamJenningsBryan (09-05-2017 07:12 PM): No! It would have been a mistake to not have Obama as the president - you will recall the Prophets of Old who foretold disaster (famine, plague, servitude, etc.) to the people if Israel should they do ...
Cranky Old Man (09-05-2017 09:52 PM): Now we have Mr Trump as a reward for behaving well and this is in line with God's plan. You are, of course, very right (and righteous) brother Bathfire. :brimley: For 8 years I have suffered through Obama. ...
Show all 5 replies.