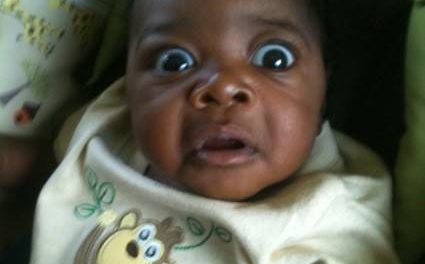 Being a conservative God fearing man, I have always believed when my pastors, theological professors and fellow congregants told me the Bible is against abortion. It makes sense that Jesus loves all the children and wants them to come to Him. He makes this abundantly clear. Jesus tells us that it would be better for someone to be executed by drowning for causing children to fall into sin. By “tying a millstone around his neck.” Matthew 18:6, Mark 9:42

There’s no question Jesus wants little children to follow Him. There is a story where the disciples are trying to stop small children from coming up to Jesus to receive a laying of hands. Jesus sharply criticizes His apostles for not letting the kids come to Him. Matt 19, Luke 18, Mark 10.

But what about the unborn? Surely our Lord Jesus wants to see them grow up, so they can accept Him into their hearts freely. Maybe not. As the great hope for Christian apologetics in the modern world, the brilliantly sublime theologian William Lane Craig is quick to point out, sometimes we just need to listen for God’s command to kill them all and then let Him sort out whether any were innocent or not.

By setting such strong, harsh dichotomies God taught Israel that any assimilation to pagan idolatry is intolerable.  It was His way of preserving Israel’s spiritual health and posterity.  God knew that if these Canaanite children were allowed to live, they would spell the undoing of Israel.  The killing of the Canaanite children not only served to prevent assimilation to Canaanite identity but also served as a shattering, tangible illustration of Israel’s being set exclusively apart for God.

Moreover, if we believe, as I do, that God’s grace is extended to those who die in infancy or as small children, the death of these children was actually their salvation.  We are so wedded to an earthly, naturalistic perspective that we forget that those who die are happy to quit this earth for heaven’s incomparable joy.  Therefore, God does these children no wrong in taking their lives.

Knowing this, we need to keep an open mind for what God and Craig are saying to us. Sometimes a timely abortion could be leading to a child’s salvation. Does Judah have mercy on Tamar (whom he impregnated) when he finds out she is pregnant? Does he say, “Guys, let’s wait until the baby is born first and then deal with this harlotry”? No he does not. Judah says to bring her out to burn both mother and child.

Genesis 38:24 And it came to pass about three months after, that it was told Judah, saying, Tamar thy daughter in law hath played the harlot; and also, behold, she is with child by whoredom. And Judah said, Bring her forth, and let her be burnt.

Did Moses spare the children or the unborn of the Moabites? No he did not. For the heinous crime of intermarrying with the Israelites and using sex as a weapon to convert the people of Israel over to idol worship, he commanded all men, women and male children to be killed. The same young women who were wooing the men over to idol worship were mercifully spared, however.

16 Behold, these caused the children of Israel, through the counsel of Balaam, to commit trespass against the Lord in the matter of Peor, and there was a plague among the congregation of the Lord.

17 Now therefore kill every male among the little ones, and kill every woman that hath known man by lying with him.

18 But all the women children, that have not known a man by lying with him, keep alive for yourselves. What will be the curse against God’s enemies in Hosea 9? God will cause massive abortions to them everywhere. God promises to slay their children in the womb. Does it sound like our God is against abortion in this case?

12 Though they bring up their children, yet will I bereave them, that there shall not be a man left: yea, woe also to them when I depart from them!

13 Ephraim, as I saw Tyrus, is planted in a pleasant place: but Ephraim shall bring forth his children to the murderer.

14 Give them, O Lord: what wilt thou give? give them a miscarrying womb and dry breasts.

15 All their wickedness is in Gilgal: for there I hated them: for the wickedness of their doings I will drive them out of mine house, I will love them no more: all their princes are revolters.

16 Ephraim is smitten, their root is dried up, they shall bear no fruit: yea, though they bring forth, yet will I slay even the beloved fruit of their womb (their children).

How did God punish David for his sin of breaking up a marriage and getting a woman’s husband killed on purpose? God forgave David, but He killed the baby.

13 And David said unto Nathan, I have sinned against the Lord. And Nathan said unto David, The Lord also hath put away thy sin; thou shalt not die.

14 Howbeit, because by this deed thou hast given great occasion to the enemies of the Lord to blaspheme, the child also that is born unto thee shall surely die.

15 And Nathan departed unto his house. And the Lord struck the child that Uriah’s wife bare unto David, and it was very sick. Did the nobility of Israel call for peace and pray for their captors’ children in Babylon? Not quite. They instead looked forward to the day when King Cyrus’ men of Persia would dash their children’s heads against the rocks in revenge.

Isaiah 13:16  Their children also shall be dashed to pieces before their eyes; their houses shall be spoiled, and their wives ravished.

Psalm 137:8-9 8 O daughter of Babylon, who art to be destroyed; happy shall he be, that rewardeth thee as thou hast served us.

9 Happy shall he be, that taketh and dasheth thy little ones against the stones.

In Pentatuch law a person was not counted until he was at least one month old. Some may say this only applies to the priest caste. But if the holiest of people did not count as a person until one month old, what makes you think the rest counted from the womb?

Numbers 3:15 Number the children of Levi after the house of their fathers, by their families: every male from a month old and upward shalt thou number them.

For the valuation of a life of a child, it is only counted as being one month old to five years old. Children in the womb again don’t count as children.

If two men are fighting and a woman gets hurt from the battle causing her unborn to miscarry, the Bible tells us. If the child dies, the man who hit her must be fined according to what the husband and the judges find fair. If the mother dies, then the penalty for murder applies. But it does not count as murder if the unborn child dies.

22 If men strive, and hurt a woman with child, so that her fruit depart from her, and yet no mischief follow: he shall be surely punished, according as the woman’s husband will lay upon him; and he shall pay as the judges determine.

23 And if any mischief follow, then thou shalt give life for life,

24 Eye for eye, tooth for tooth, hand for hand, foot for foot,

25 Burning for burning, wound for wound, stripe for stripe.

As I feel silly for forgetting this originally, there is the the ordeal of the bitter waters as well. If a man feels that his wife may have cheated on him, he can take her to the priests and they administer a test. Once she drinks the bitter waters, if she is innocent and the child is the husband’s, nothing will happen and she will conceive. But if she is guilty of whoredoms and fornication, the child will be aborted and will depart her womb prematurely.

27 And when he hath made her to drink the water, then it shall come to pass, that, if she be defiled, and have done trespass against her husband, that the water that causeth the curse shall enter into her, and become bitter, and her belly shall swell, and her thigh shall rot: and the woman shall be a curse among her people.

28 And if the woman be not defiled, but be clean; then she shall be free, and shall conceive seed.

But that’s the Old Testament!

John the Divine sees that a certain Jezebel leading the Church astray with sex and idolatry will have her children killed as revenge. You may say, “That means her followers. Not her actual children.” Have you been actually reading this article? Go back and reread the entire thing and get back to me on that.

18 And unto the angel of the church in Thyatira write; These things saith the Son of God, who hath his eyes like unto a flame of fire, and his feet are like fine brass;

20 Notwithstanding I have a few things against thee, because thou sufferest that woman Jezebel, which calleth herself a prophetess, to teach and to seduce my servants to commit fornication, and to eat things sacrificed unto idols.

21 And I gave her space to repent of her fornication; and she repented not.

22 Behold, I will cast her into a bed, and them that commit adultery with her into great tribulation, except they repent of their deeds.

23 And I will kill her children with death; and all the churches shall know that I am he which searcheth the reins and hearts: and I will give unto every one of you according to your works.

Thank you so much for reading this. I have no doubt every theological seminary in the world will be clamoring for this knowledge. I can already see the honorary doctorates flying up on my wall. Since we are all Christians and only go by what the Bible teaches us, don’t you feel good knowing that not all abortion is wrong in the eyes of God?