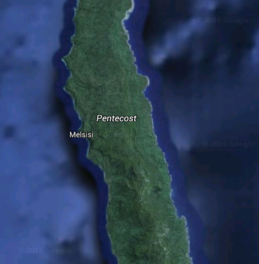 Acts 2:4
And they were all filled with the Holy Ghost, and began to speak with other tongues, as the Spirit gave them utterance.

This wonderful day has been usurped by the Pentecostals who talk in Gibberish and apparently sincerely but falsely claim that they are feeling the Holy Spirit within them although they are probably only feeling there own repressed sodomistic thoughts.

Had the Pentecostals read the Bible, they would have noticed that you should actually be talking in proper Babelian languages derived from the mess-up people had when they tried to usurp God (Genesis 11:9). This is a case of history repeating itself.

Acts 2:5-6
And there were dwelling at Jerusalem Jews, devout men, out of every nation under heaven. Now when this was noised abroad, the multitude came together, and were confounded, because that every man heard them speak in his own language.

Because of the demise of the Pentecost caused by the Pentecostals, I decided to spend this in principal Magnificent Day of the Trinity on an Island that carries the beautiful Spiritual memory of the Pentecost Day unblemished. The obvious choice was Pentecost Island, a fairly large landmass in the Pacifist Ocean in the Island Nation of Vanuatu. It seemed harmless and as I am a man with an open mind and a personality that always finds the spark of good in anything and anyone I decided to give it a chance. Unfortunately, in this case, all my expectations were soon shattered by the repulsive nature of this geographical location.

We are left to wonder why these islanders decided to call their home “Pentecost Island” but chose to re-shape the land into the form of a tallywhacker! The phallic shape of the island was unmistakablewhen approaching from the air. While we could keep the current population responsible for this Blasphemy (Numbers 14:18), it was necessary to assess if any of the inhabitants were good God-Fearing True Christians™:

“The vast majority of ni-Vanuatu today are Christians affiliated with Protestant and Catholic denominations, although beliefs and practices involve novel reworkings of both Christianity and ancestral religion.”

Not good. Could it be worse? Obviously, it could.

“As well as the supernatural powers credited to the dead and the living, other supernatural entities are thought to exist. In south Pentecost, these include the spirits of uncultivated ancestral groves, spirits of the men’s houses, dwarf spirits inhabiting the forest and river-beds, and a kind of ogre with a special appetite for young children.”

I surmise that these evil spirits are the same as the “Catholic saints” – idols, idolatry, a sodomy-inducing practice that God Abhors! And – really – have they not read the Bible at all?!

Leviticus 21:20 Or crookbackt, or a dwarf, or that hath a blemish in his eye, or be scurvy, or scabbed, or hath his stones broken;

Exodus 20:5
Thou shalt not bow down thyself to them, nor serve them: for I the LORD thy God am a jealous God, visiting the iniquity of the fathers upon the children unto the third and fourthgeneration of them that hate me;

Well, perhaps they at least have not been tainted by the modern heresies of equality and feminism?

“The sexual division of labor is pronounced. Men exclusively hunt and fish from canoes, while women engage only in reef and river fishing.”

Work is sexual for them? This is opposite to the Word of God. For Jesus, Work is hard work (Genesis 3:19) and marital duties are the hardest work of all. This was not going well.

3. A Culture of Nudity and Bungee Jumping

Most of the islanders go either naked or – in case of the men – with accessories that supposedly cover the tallywhacker whilst leaving the seed-producing glands visible. These devices are called “tallywhacker sheaths” and they are openlyparaded on all occasions.

Pentecost Island is also, unbeknownst to many, the place where the sodomistic sport of bungee jumping originated. The Pentecostals have practiced it for millennia as a “proof of manhood” and as a rite of passage. This is called “land diving” and the preparations, the actual events and the aftermath occupy the islanders for most of the year every year.

The whole jump is a sordid metaphor for the male release of semen during self-abuse. The man casts himself off an erect place and remains bouncing up and down attached to a viscose white cord with oscillations that gradually subside and the man is lowered on the ground exhausted but content.

The New Zealanders who saw this practice quickly adopted it for western use and thus the vile hobby of bungee jumping was discovered.

Pivotal in the development of the Bungee Jumping Craze was Queer Elizabeth II of the United Kingdom, who visited Pentecost Island in 1974. She was there to re-enforce the cult that treats her husband, Prince Philip, as a God.

Deuteronomy 32:17
They sacrificed unto devils, not to God; to gods whom they knew not, to new gods that came newly up, whom your fathers feared not. 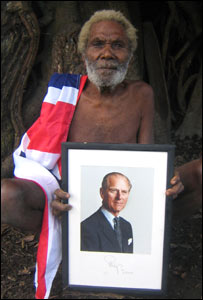 Immediately after the Queer’s visit, the New Zealanders started constructing their own diving platforms and only a few years later, on April 1 1979, the western form of the idolatric practice was invented. Jesusholds the Queen personally responsible for this development and this is not a good omen for the monarch’s possibilities to enter heaven with us come Rapture (1 Thessalonians 4:17).

While the whole Island has been re-shaped in the phallic form, the islanders do not waste any time if a new chance to mock Jesus appears. If we take a closer look at the map of this desolate and animistic place, we find some quite serious issues as follows:

Bay Homo!?! Now we understand everything. Now everything is in place. This was all a hoax. Even the apparently Godly name of this place was invented to lure unsuspected youths to offer their lithe bodies unto the altar of Sodomy:

Cold? Is necrophilia involved? I dare not say it but I’m asking. Pentecost Island is probably the worst possible place (after Hell; Luke 13:28) where to spend your Pentecost Day. The English Throne and the local Hamites have joined in a game that has changed God’s Creation into a cesspit of cold sodomy. My Pentecost Day will be spent in fervent prayer asking Jesus to smite this land as His first Priority!

Revelation 1:16
And he had in his right hand seven stars: and out of his mouth went a sharp twoedged sword: and his countenance was as the sun shineth in his strength.