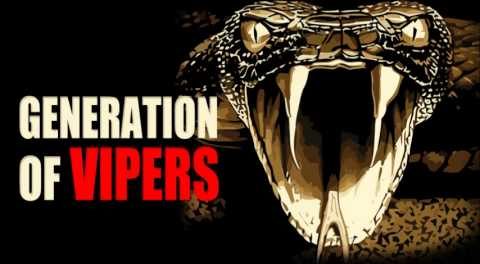 Personal attacks, appeal to character, appeals to personality! As True Christians™ we have to tolerate this on a daily basis. Atheist scum does not miss any opportunity to persecute us buy calling us “stupid”, “cruel” or “idiot”. We thrive on this because of the Glorious Promise by Jesus Christ our Lord and Sweetest Savior!

1 Corinthians 4:12
And labour, working with our own hands: being reviled, we bless; being persecuted, we suffer it:

1. The case of the unsaved atheist

False Christians and atheists often have no actual data to prove their preposterous claims of evolution, sodomite equality or Biblical “interpretation”. Due to this, they mock us with potty language. What makes this fallacious? It is a Fact that the Truth™ value of the Bible is independent of our character. Even if the occasional True Christian™ used harsh words, the Bible still remains the Word of God and the only Source of Absolute Truth™ available for mankind. Thus, their persecution can be classified as either ad hominem attacks (“you’re stupid”) or ad hominem fallacies (“you are stupid so the Bible is wrong”). It is important that we scold and punish the atheists for using such idiotic and logically irrelevant arguments, as they undermine the reliability of Creation Science and Scripture for the uneducated public.

Even condemned (John 3:18) Joos know this! It is time we taught this to the atheists!

Why is it wrong? Obviously, because – as I mentioned above – Jesus is the Truth™ even if some of our Brethren do have some minor problems in memorizing the alphabet:

John 14:6
Jesus saith unto him, I am the way, the truth, and the life: no man cometh unto the Father, but by me.

Also, it is wrong because by definition it is not True™. As True Christians™ we are not idiots or stupid. On the contrary, by the promise of God we are perfect in Jesus Christ. Any ad hominem assertions by unsaved scum are simply erroneous!

Matthew 5:48
Be ye therefore perfect, even as your Father which is in heaven is perfect.

1 Corinthians 2:6
Howbeit we speak wisdom among them that are perfect: yet not the wisdom of this world, nor of the princes of this world, that come to nought:

2 Timothy 3:17
That the man of God may be perfect, throughly furnished unto all good works.

Conclusion 1: Ad hominem is always fallacious when uttered by an unbeliever! It is always based on false data and always irrelevant when it comes to the Truth™ value of the Bible.

2. The case of a True Christian™

But… we often hear the atheist repulsive scum whine how THEY are the ones persecuted by us! That it would be us who would use this fallacy when we tell them that they are uneducated, condemned, evil and end up in Hell unless they Repent and accept Jesus (Acts 3:19)! This claim is caused by a total misunderstanding of everything that matters on Earth!

Ad hominem is fallacious when the character of the opposition is irrelevant to the Truth™ value of an argument.
In the case of the atheist, it is never irrelevant. The character of the unbeliever, the lack of Faith®, is exactly the one issue that determines the value of their words and deeds. This is clearly expressed in the source of all True™ Arguments!

Psalms 14:1
To the chief Musician, A Psalm of David.) The fool hath said in his heart, There is no God. They are corrupt, they have done abominable works, there is none that doeth good.

Ephesians 4:18
Having the understanding darkened, being alienated from the life of God through the ignorance that is in them, because of the blindness of their heart:

We can clearly see that by God‘s definition, the unbeliever is corrupt, ignorant, without understanding, and unable to do anything that is good. Why should be repeat all this argumentation every time we confront a repulsive false Christian or a secularist? The very fact that they disagree with us and Jesus means that they are evil and present false information.

Conclusion 2: The definitions that we True Christians™ use (albeit harsh) are always correct, always relevant regarding their argumentation and never fallacious!

What is good and evil? We know that! Jesus is Good and it is Good to follow His commandments (Ecclesiastes 12:13). The person who commits an act determines its value and goodness. As evidenced above, an unbeliever is incapable of doing good things. His deeds are always evil. The end does not justify his means: it is his Spiritual state that dictates the value. The same act performed by a True Christian™ is always good.

A True Christian™ is incapable of committing the ad hominem fallacy. As long as our words are based on the Bible, they are always correct and Spiritually Good. If the opposite were True™, we would have to accuse Jesus of committing ad hominem attacks, but He didn’t, as He was aware of the Spiritual State of His adversaries!

Matthew 23:33
Ye serpents, ye generation of vipers, how can ye escape the damnation of hell? 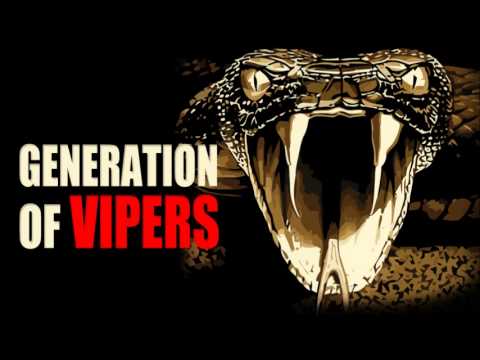