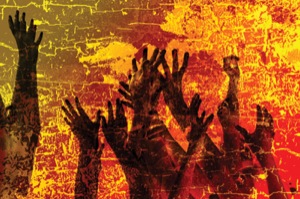 John 12:25
He that loveth his life shall lose it; and he that hateth his life in this world shall keep it unto life eternal.

Suffering. Billions are desperate, ravished by war, abused by Catholic “priests”, starving, ridden by well-deserved diseases and punished by retardation for the sins of previous generations (Exodus 20:5). Billions more will eventually be tormented by Jesus during the Tribulations (Matthew 24:21) before His Second Coming (Revelation 22:20). Many unbelievers fail to understand why all this suffering is insignificant when compared to the Magnificent Love and Rewards that Jesus will give us True Christians™ in Heaven.

However, by applying some basic skills of calculus to this question, an answer emerges that proves for everybody how intricate and beautiful God’s Master Plan is in its simplicity.

Let us make some educated assumptions:

This seems bad. Now it is time to do some calculations.

1 John 5:11
And this is the record, that God hath given to us eternal life, and this life is in his Son.

John 10:28
And I give unto them eternal life; and they shall never perish, neither shall any man pluck them out of my hand.

Titus 1:2
In hope of eternal life, which God, that cannot lie, promised before the world began;

Yes, it is possible. It is possible because eternity > a few hundred billion years! Even if only a single person was Saved into Life Eternal, after a mere 528 billion years all the suffering on Earth would have been compensated and absorbed by the Everlasting Happiness. After that, until eternity, the famines and the cruelty and cowardliness would mean nothing. And if we take into account the fact that there are approximately 144,000 saved ones, we can do some division and see that the compensation actually takes place sooner, after only 3,669,097 years. 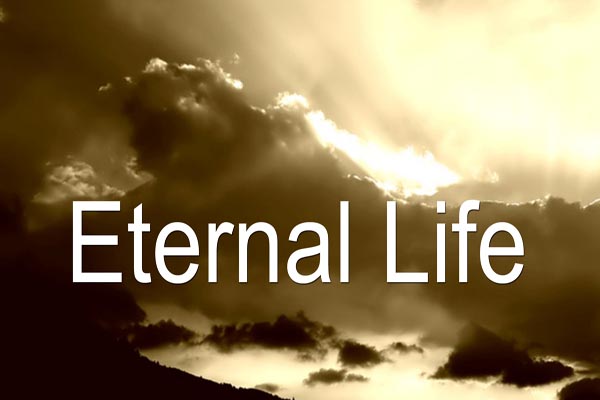 The problem of torture and pain on Earth during the mundane life will thus be solved. However, the atheists are a cunning lot and will next refer to Hell, Eternal Excruciating Pain, Desperation and Punishment! Why would Jesus do that? Would this not make void the calculations of compensated suffering in heaven?

Matthew 25:46
And these shall go away into everlasting punishment: but the righteous into life eternal.

Now, even atheists know that evil deeds need to be punished. This is the rule of Jesus (Hebrews 10:29). In addition, the punishment must be correlated to the crime. In this case, the crime is SIN. Let us see, what would be the fitting punishment for a sinner? First, we must ask how many sins the sinner committed on Earth?

They do only evil things. All the moments of their life are spent committing sin. What are the sins they commit?

James 2:10
For whosoever shall keep the whole law, and yet offend in one point, he is guilty of all.

Psalms 147:5
Great is our Lord, and of great power: his understanding is infinite.

This is also clearly stated in the Bible:

Job 22:5
Is not thy wickedness great? and thine iniquities infinite?

Conclusion: Only Infinite Punishment is fitting for every sinner. While the Love of God absorbs the agonies of flesh on Earth easily within a couple of million years in Heaven, the sinner with infinite guilt and sinning will have to be punished forever to pay for his crimes against Jesus. These are simple rules, yet so elegant, so they must be intelligently designed!