A beloved children’s lesson comes to life
with Ken Ham’s Noah’s Ark
Friends, recently we were blessed to observe a glorious occasion! This week Ken Ham witnessed to the world the Glory of God through one of the Bible’s greatest and most fondly remembered events, the Grand Adventure of the Time Almost Every Living Thing on Earth Died! Even atheists couldn’t stay away!

Using the majestic and divine engineering of Noah’s Ark, Ken Ham is helping to spread the Gospel of the LORD to the modern world! No doubt this amazing spectacle of God’s Love will soften even the most hardened hearts, and we can expect to see thousands of new converts to Christianity in the next few months, probably increasing to millions in the next few years! I can just imagine it, so it must be true! 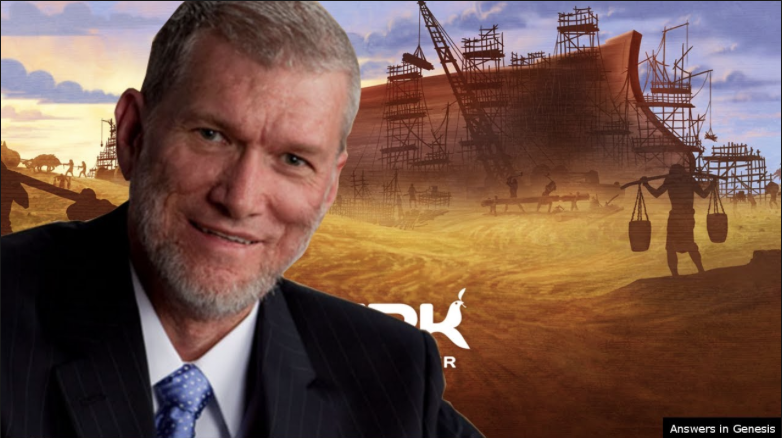 The LORD clearly has had His Holy Hand in this venture from the very beginning, opening the hearts of the citizens of the great state of Kentucky to give Ken Ham permission to build an amusement park academy extended property for privately owned and operated religious outreach, Answers In Genesis’ Creation Museum.More than half of the $102 million spent to create the Ark Encounters came from the taxpayers of Kentucky, lovingly reallocated from the coffers that would otherwise have gone to feed, house, educate, and provide medical care for the citizens of the 5th most impoverished state in the Union. But what is 70-80 years of health and wellness if a soul suffers in Hell for all eternity? If the Ark Encounters saves just one soul, it will be worth all the money taken from the mouths of babes!

Bible believers will recognize Ken Ham’s Noah’s Ark as the symbol of the Greatest Genocide in History. This was the occasion in which a 500 year old drunk, his three sons, and a smattering of animal “kinds” survived God’s Unrestrained Wrath on a floating building with a single window (Genesis 6:16) made with Bronze Age tools in a world where no one else had conceived of making a boat. Upon docking, they quickly sacrificed some of the animals, drank wine, and began repopulating the earth with industrious, albeit incestuous, enthusiasm. Ken Ham wants to warn today’s world that God did it before, and He’ll do it again. While He promised not to drown mankind in waters again (Genesis 9:11), He did promise to drown those left behind in a sea of the blood of fellow heathens (Revelation 14:20)!

Ken Ham warns, “We’re becoming more like the days of Noah in that we see increasing secularization in the culture.” 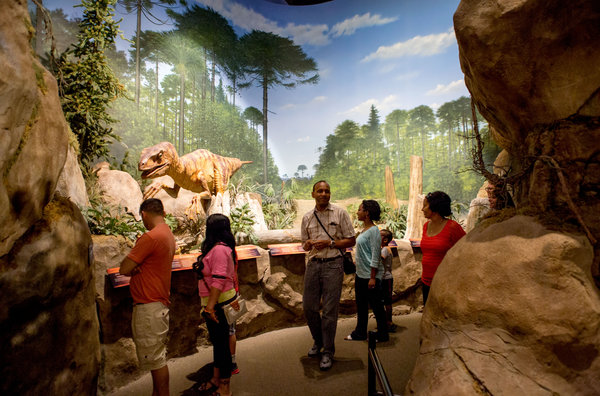 It’s likely He really likes dioramas, who doesn’t?
And Ken Ham’s Noah’s Ark is full of them!

While Noah was blessed with finding pitch (the petroleum like substance used to coat the wood; Genesis 6:14) in conditions that existed only after the flood, Ken Ham was blessed with cranes, concrete, structural steel braces, propane, hydraulic lifters, foremen, engineers, and computers to access and organize such vast knowledge. We can’t know if Noah hired contractors, relied on slave labor, or God infused his 500 year old body with supernatural strength to accomplish the building feet before any of the wood had time to split, decay, or rot. We can assume termites and beetles were miraculously kept away.

Only by relying on the auditory messages no one else could hear, was Noah able to feed, care for, and clean up after more animals on one boat with a crew of eight than the San Diego Wild Animal Park does with 1800 acres and an employee roster of hundreds, many with advanced biological and veterinary degrees. God doesn’t need an advanced scientific degree. God invented science. And all the animals.

While the Bible doesn’t tell us the details of such mundane operations,
who’s to say Noah didn’t train the animals to help out on the journey,
to pay for their keep, so to speak?


During their publicly aired debate, Bill Nye responded to Ken Ham’s argument with regard to the number of animals on Noah’s Ark:


So let’s see, if there were 4000 years since Ken Ham’s flood, and let’s say, as he said many times, there are 7000 kinds [of animals]. Today, the very, very lowest estimate is that there are about 8.7 million species. But a much more reasonable estimate is 50 million. Or even 100 million, if you include viruses and bacteria and all the beetles that must be extant in the tropical rain forest, that we haven’t yet found; so we will take a number that we think is pretty reasonable, 16 million species today.

OK, If these came from 7000 kinds, let’s say this is subtracted from 16 million, that’s 15,993,000. In 4000 years we have 365 and a quarter days per year, we would expect to find 11 new species every day. So you go out to your yard, you wouldn’t just find a new bird, you’d find a different kind of bird. A whole new species of bird. Every day, a new species of fish, a new species of organism you can’t see, I mean this would be enormous news. The last 4000 years people would’ve seen these changes among us, so the Cincinnati Inquirer, I imagine, would carry a column right next to the weather report, showing new species and would list these 11 every day. But we see no evidence of that; there is no evidence of these species; there just simply isn’t enough time.

So the question really comes down to, who do you Trust? Do you trust man, who can do math with fancy calculators, or God, who can change the very laws of physics any time He wants? Ken Ham’s Noah’s Ark reminds us the choice is clear. Only God can save us from an eternity of pain and suffering created in the event of one’s failure to believe. Only God can be trusted to take care of us when it really counts. 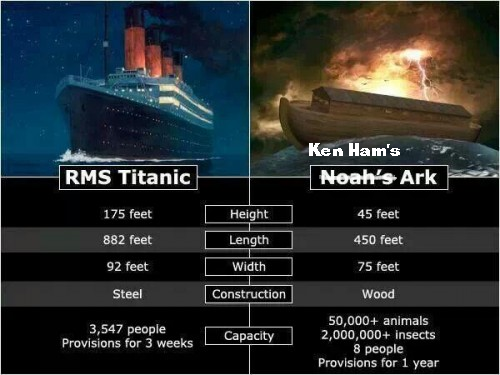 Who would you rather trust
with your life?
God or a man?