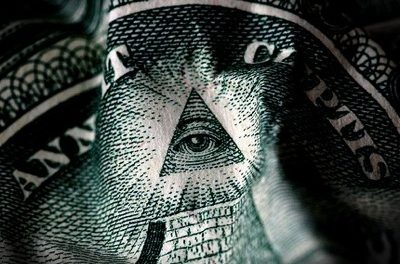 Spoilers: It’s right in the name! The World Government Summit.

They are trying to get together to bring about a single government, as was prophesied in book of Daniel.

Daniel 7:23
23 Thus he said, The fourth beast shall be the fourth kingdom upon earth, which shall be diverse from all kingdoms, and shall devour the whole earth, and shall tread it down, and break it in pieces.

The Book of Revelation also tells us about the coming of the Antichrist. He will rule for 42 months. That’s 3 1/2 years of being ruled by Satan, people. And I believe it will be brought about by this summit.

Revelation 13:7
7 And it was given unto him to make war with the saints, and to overcome them: and power was given him over all kindreds, and tongues, and nations.

It’s a Biblical prophecy and it will come true, unless we stop it!!!!

If the name World Government and the prophecies carefully clipped out of the Bible don’t scare you enough, maybe this will! This is from their YouTube channel.

Look at the way they are dressed! It’s the robes of Satanic priests.

And what is that gibberish they are talking in? Is that backward Latin? Clearly what we are seeing here is a Black Mass.

And thankfully, our Christian brothers and sisters have been quick to rebuke these demons on YouTube.

But What Do They Say About Themselves?

The World Government Summit brings together prominent leaders from the public and private sectors, as well as international thought leaders and pioneers. They engage in inspirational, thought-provoking, and future-focused dialogues that aim to shape the future of governments and help improve the lives of citizens worldwide.

I think I just felt a chill run up my spine. That’s some scary stuff.

They will have speakers there, of course. 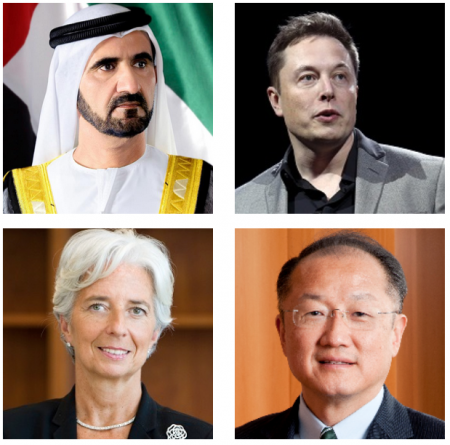 All reptilians or just most?

All the players who are trying to bring about the One World Government for less than four years will be in attendance.

The IMF. We all know how they like to lend money to poor countries by robbing from the hard working countries.

Elon Musk. The Reptilian trying to destroy our economy (oil is life. car dealerships are American) and spitting in God’s eye by sending rockets into space.

H.H. Sheikh Mohammed bin Rashid Al Maktoum. He is clearly the Satanic leader of this cabal. His makes his lair in a desert wasteland and dresses like a Satanist, so I would say it’s a safe bet that he is the latest candidate for Antichrist.

Dr. Jim Kim the finance man for destroying the first world. His stated goal is, “to end extreme poverty worldwide”. There’s only so much food in the world and I need it for my cheeseburgers. Plus, these lazy people from broken and rotten parts of the world just need to move somewhere with better opportunities. Just not anywhere near me.

If that doesn’t convince you they’re up to no good, this will.

We all know the LA Times is part of the liberal globalist satanic cabal. Just look what they say about it.

Global leaders are gathering in Dubai to talk about good government. The U.S. will probably be a no-show

Global leaders are flocking to Dubai this weekend for an annual gathering that will chew over the challenges facing governments in a time of lurching change.

What are the aspirations of Arab youth? How can government harness innovations in science and technology? What will make the world more prosperous and happier?

All those are on the agenda of the annual World Government Summit, which convenes Sunday — apparently without official U.S. representation — and takes place against a backdrop of global fears of terrorism, a continuing refugee crisis and a surge in populism that is partly a response to those two problems.

Such meetings are often no more than talkfests, and it’s not clear whether any concrete agreements will emerge from Dubai.

The three-day gathering hosted by the government of the United Arab Emirates was expected to include more than 4,000 regional and global participants, including heads of state, scholars, scientists, entrepreneurs and experts in finance and public policy, according to information published by organizers of the event.

Japanese Prime Minister Shinzō Abe, fresh from a scheduled meeting in Florida on Friday with President Trump, is slated to give a keynote speech.

Last year, President Obama addressed the summit, underscoring in a video uplink the need for governments to “truly invest in their citizens, their education, skills, and health.”

The White House press office would not say whether the Trump administration would send a representative this year, or had plans for remote participation. A State Department official, speaking on customary background, said the department “had been interested in sending a qualified speaker” but a family emergency prevented the unidentified speaker from attending. There was no alternate “at this moment,” the official said.

Discussions at the summit are to focus on challenges and opportunities for the global economy, innovations in science and technology, and the future of healthcare and education, among other topics relating to sustainable development, organizers said.

Representatives of the Organization for Economic Cooperation and Development, which has been a strategic partner of the World Government Summit since its inaugural meeting in 2013, said the group would deliver the message that good governance fosters “inclusive” economic growth.

But that’s not what should scare you. It’s that the LA Times makes it look so mundane! Like it’s not a world domination cabal. If the LA Times made it look like a bad thing, we would know it’s okay, but folks, they don’t even blink at this. And that is how we know it’s evil personified. If they say it’s a three day talkfest where nothing will happen, you can expect there to be much black magic.

NEW ON THE FORUMS