I want you all to check in and tell us where do you minister to the unsaved from. You are all our apostles even if you can’t all be lucky enough to have a place in Freehold and get to hear Pastor Zeke preach every Sunday morning 3 times, Sunday nights, Monday nights, Wednesday nights, Thursday night bible study groups and Friday night family nights at the church.

That’s okay that you can’t be there. We know you’re there in spirit. I want you all to testify. Tell us how you minister to the unsaved where you live, for the Glory of God and His servants on the earth The Landover Baptist Church.

That is why we want to hear back from our readers and we have some new ways to do that. We will talk about that at the end of this sermon.

According to Ken Curtis, Ph. D.,

An early legend says they cast lots and divided up the world to determine who would go where, so all could hear about Jesus.

We do so wish the doctor would provide a source or sources for his legends, but it makes sense that the most Holy people of their time would split the world between them to spread the Gospel of Jesus Christ.

According to the same article quoted above,

Peter and Paul were both martyred in Rome about 66 AD, during the persecution under Emperor Nero. Paul was beheaded. Peter was crucified, upside down at his request, since he did not feel he was worthy to die in the same manner as his Lord.

Andrew went to the “land of the man-eaters,” in what is now the Soviet Union. Christians there claim him as the first to bring the gospel to their land. He also preached in Asia Minor, modern-day Turkey, and in Greece, where he is said to have been crucified.

“Doubting” Thomas was probably most active in the area east of Syria. Tradition has him preaching as far east as India, where the ancient Marthoma Christians revere him as their founder. They claim that he died there when pierced through with the spears of four soldiers.

Philip possibly had a powerful ministry in Carthage in North Africa and then in Asia Minor, where he converted the wife of a Roman proconsul. In retaliation the proconsul had Philip arrested and cruelly put to death.

Matthew The Tax Collector and writer of a Gospel, ministered in Persia and Ethiopia. Some of the oldest reports say he was not martyred, while others say he was stabbed to death in Ethiopia.

Bartholomew had widespread missionary travels attributed to him by tradition: to India with Thomas, back to Armenia, and also to Ethiopia and Southern Arabia. There are various accounts of how he met his death as a martyr for the gospel.

James the son of Alpheus, is one of at least three James referred to in the New Testament. There is some confusion as to which is which, but this James is reckoned to have ministered in Syria. The Jewish historian Josephus reported that he was stoned and then clubbed to death.

Simon The Zealot, so the story goes, ministered in Persia and was killed after refusing to sacrifice to the sun god.

Matthias was the apostle chosen to replace Judas. Tradition sends him to Syria with Andrew and to death by burning. 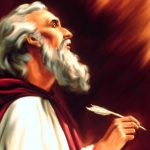 John is the only one of the company generally thought to have died a natural death from old age. He was the leader of the church in the Ephesus area and is said to have taken care of Mary the mother of Jesus in his home. During Domitian’s persecution in the middle 90’s, he was exiled to the island of Patmos. There he is credited with writing the last book of the New Testament–the Revelation. An early Latin tradition has him escaping unhurt after being cast into boiling oil at Rome.

After careful prayer and consideration, I am to cover New Mexico and the Eastern Half of Arizona. The Phoenix area is completely reserved for Steven Anderson of Faithful Word Baptist Church. If he and I were in the same city preaching, it may start the apocalypse. I am not ready yet.

Tell us where God is leading you to and what you’re doing to save souls in the corner of hell you’re in.

We have so many ways for you to talk to us and Jesus.

You can register on our forum.

Visit our new Facebook Group. It’s a closed group, so our members won’t be persecuted.

There are only a few rules

Other than that, it is a less moderated version of LBC. Feel free to flame us, post your unsaved blasphemous tantrums, tell us how wrong we are. We won’t judge you. We will leave it up to Jesus to throw you into the fiery pits of hell .