NASA: The Filthiest Frontier. Always misadventuring in its continuing mission to explore strange new methods of fornication, to prevent people from entering the New Life (2 Corinthians 5:17) and New Jerusalem (Revelation 21:2) in Jesus Christ, to blatantly go where no one has gone before.

As the End of Times draws near, the Enemies of Jesus no longer even try to camouflage their agenda behind the veil of “exploring the trans-Firmamental (Genesis 1:6) space”. No! They have become bold enough to advertise their sinister goals openly. The following diagram is for men only!

They are going to probe your anus! Everyone is targeted. No-one is safe. Your anus, and yours and yours. Oh, dear!

Please be not distracted by the fictional planet Uranus. It was always just a matter of time before the hoax of it being a celestial body was revealed. The picture below tells us more than enough detail of the actual procedure that NASA is going to perform on each and every one of us.

Job 30:27
My bowels boiled, and rested not: the days of affliction prevented me.

The asserted measurements – gas and heavy elements – are also obvious euphemisms. Gas, admittedly, does exist in the lower gastrointestinal tract. Occasionally, after a hearty meal, there are also some heavy elements. Why would those, however, be of any interest to NASA. The real deal is to introduce the probe into the rectal part of a man’s anatomy. The seductive sense of intimate intestinal touch will then ignite the inexhaustible craving for more stimulation of a similar kind – sodomy! Lust! Worldliness! Things entering that never should enter!

Mark 4:19
And the cares of this world, and the deceitfulness of riches, and the lusts of other things entering in, choke the word, and it becometh unfruitful. 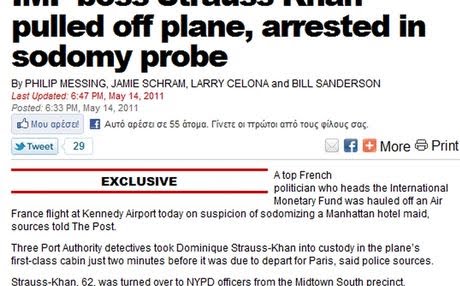 Here we have the proposed date. Highly unlikely, as the Return of Jesus is imminent (Revelation 22:20). In the case the unthinkable happens, however, and Jesus is delayed, this will give us the ultimate deadline of the End of the World. It is unthinkable that Jesus would tolerate the probing of all men, women, and children most audaciously without interfering. We have just a little more than a decade to prepare our anuses.

Psalms 119:117
Hold thou me up, and I shall be safe: and I will have respect unto thy statutes continually.

The structure of this probing device has also been published. Let us look at this instrument of soul-destruction!

Yes, I am afraid that there is a boom as well as the entry probe. Based on my extensive education in Creation Science I have deduced that this instrument is a thermal homing probe based on the thermal detector in the middle. It also uses ultraviolent light in its imaging spec (whatever that is). It is highly possible that these speckles will be on the right hand or the forehead and thus represent the Mark of the Beast (Revelation 13:16-18). Based on this thermal attraction the ASC engine (

; Ezekiel 26:9) will approach the victims (all of us) and eventually deploy the entry probe. Then it will be all over. It will be a rectal romp so powerful that the weak minds of the sinner population will succumb and lose all hope of Heaven.

But, Houston, we have yet another problem. The NASA conspiracy has been able to infiltrate the high society and our Beloved President Donald Trump has actually approved the financing of this travesty.

Sweet President Trump who only wishes the best for everyone and trusts people to be good and caring cannot have fathomed the devious minds behind the veil of fancy space dresses, rockets, and tellyscopes. Not only the nation’s sphincters but also our souls are in peril.

Act now: pray! No-one else can! The Fate of the World’s End is now in the fragile but mighty hands of True Christians™. We must convince President Trump to intervene.

There can be no more doubt the Deep State had secretly named NASA (National Anal Sodomy Administration), and was part of the secret UN Agenda 21 to cut the earths population (and the number of people praising Jesus) by promoting sodomy. Now we are beginning to understand the secret code words of their original mission – going to the “Moon”. We must join our prayerful forces to thwart the works of the Evil One through the office of our beloved leader.
James 5:15
And the prayer of faith shall save the sick, and the Lord shall raise him up; and if he have committed sins, they shall be forgiven him.

Replies:
WilliamJenningsBryan (21-06-2017 08:52 AM): It looks like you have scooped Alex Jones here Professor White, although Alex has been busy recently with that medial slut Megyn Kelly (even Fox News doesn't want her back). Who knew that the Deep State ...
Mary Etheldreda (29-06-2017 04:25 PM): It all makes sense now why Top Senate Republican Mitch McConnell warns of possible bipartisanship on health care. The Democrats are obsessed with turning everyone gay, and what better way to turn people ...
Titus Templeton (29-06-2017 10:08 PM): The crazy thing is that this whole NASA mess is based on Einstein's relativity theory. Apparently the whole theory wants to tell us that if we drop an apple then the apple does not fall torwards the earth ...
Show all 3 replies.