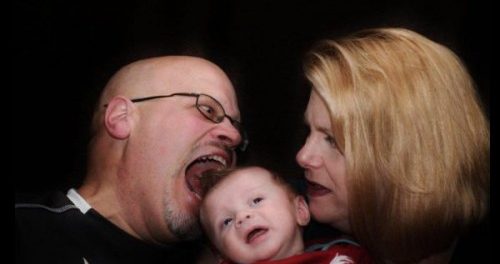 Cannibalism and the Bible

It is worth considering Cannibalism in the Bible.

Although there is the Commandment “Thou shalt not kill”. And thus killing someone and eating someone would appear to go hand in hand as it is rather difficult to eat a reasonably large portion of a person without their dying, I will consider only cannibalism here.

The True Christians does not want to simply pick and choose those verses of the Bible that fall within his own world-view: Our world view, as we are constantly told in the Bible, is weak, imperfect, poor and failing – our sole guide to life is God. God’s Word is faithfully recorded in the Bible and therefore what is in the Bible is good and holy, even if, to the eyes of weak-hearted, milquetoast liberals, it seems counter-intuitive. And yet, this is the point, is it not?

It is counter-intuitive because they are not Christians.

The essence here can be divided into

I will illuminate them separately:

Deuteronomy:28:53-57
De:28:53: And thou shalt eat the fruit of thine own body, the flesh of thy sons and of thy daughters, which the LORD thy God hath given thee, in the siege, and in the straitness, wherewith thine enemies shall distress thee:
De:28:54: So that the man that is tender among you, and very delicate, his eye shall be evil toward his brother, and toward the wife of his bosom, and toward the remnant of his children which he shall leave:
De:28:55: So that he will not give to any of them of the flesh of his children whom he shall eat: because he hath nothing left him in the siege, and in the straitness, wherewith thine enemies shall distress thee in all thy gates.
De:28:56: The tender and delicate woman among you, which would not adventure to set the sole of her foot upon the ground for delicateness and tenderness, her eye shall be evil toward the husband of her bosom, and toward her son, and toward her daughter,
De:28:57: And toward her young one that cometh out from between her feet, and toward her children which she shall bear: for she shall eat them for want of all things secretly in the siege and straitness, wherewith thine enemy shall distress thee in thy gates.

Ezekiel:5:10
Eze:5:9: And I will do in thee that which I have not done, and whereunto I will not do any more the like, because of all thine abominations.
Eze:5:10: Therefore the fathers shall eat the sons in the midst of thee, and the sons shall eat their fathers; and I will execute judgments in thee, and the whole remnant of thee will I scatter into all the winds.

There are times that God becomes angry. (Floods the earth, kills the first-born, causes plague, drought, invading armies, etc.) This is not unreasonable – your own father became angry from time to time, but he loved you no less – and we can clearly see the distinction between liking someone and loving someone.

And let us keep to this analogy with your own father. When he locked you in the woodshed for a few days, he realised (and you should have done too), that it was not merely the isolation from your family that was of concern, it was also the spiders, the hunger and the thirst. He knew this would force you to eat twigs and bark and compel you to drink that stuff in the green bottle or your own urine, simply to keep yourself alive – the presence of the feces was also factored into the equation of justice.

We see that punishment is more than the mere statement; it is educational and reforming – once we know what is wrong, we do nothing wrong.

Thus the above understanding by God that, as a result of His Wise and Compassionate actions, there will be cannibalism, is merely part of the open agreement with God that, by accepting His Divine Rule, you must subject yourself to His Justice, which, like Him, is Perfect.

As it is Perfect, there can be no wrong in it – God cannot abide things that are “wrong” – how could there be?

Lamentations 4:10
La:4:9: They that be slain with the sword are better than they that be slain with hunger: for these pine away, stricken through for want of the fruits of the field.
La:4:10: The hands of the pitiful women have sodden their own children: they were their meat in the destruction of the daughter of my people.

The second of the two verses is perhaps more “personal” but both envisage a circumstance in which, you – you personally – simply find yourself in a position of being starving and also in possession of a child or two – made of meat.

Clearly, eating people is not seen as wrong – in your right mind, you would not approach a policeman and say “My friend and I decided to get drunk and drive my car to another bar – I’ve now got drunk and drove my car here, but he has run away and I can’t get home.”

In a broad sense this situation may well have arisen from God’s command that we should go firth am multiply. Imagine then the situation when man and wife have multiplied to profusion, and then, on his way home from his work on the floor of the ox-stall, the husband suffers astonishment of the heart and departs this life for that hereafter.

The woman, feeble, feeble in mind, beset by mouths to feed has little choice but to start, from the youngest of her children upwards, preparing delicious and nourishing meals for the present, but diminishing, number of survivors.

Here we can clearly see the logic of God – as the smaller are eaten, each succeeding child is larger and provides more meat for the remainder who are becoming fewer. As the woman licks her fingers as she finishes the largest of the children, she is warmed in the knowledge that if only she can find another man, she may start to produce more children and restock the larder so to speak, whereas, if she had been eaten first, then no more children would have been produced. Had this been so, the commandment to “go forth and multiply” would have been cast aside as so much dross – this blasphemy would doubtless have caused more retribution from God and the cycle would then repeat.

As God would not create, command, allow, collude with, etc., a sin in order to punish a sin, it is therefore clear that cannibalism is not a sin and we should readjust our Christian perspective to encompass this.

On a personal note, I well remember my trial for cannibalism in 1967. Eight of us had been walking in the Ozarks – I can’t remember why, it was not my idea of the perfect day out. Worse still, at some stage, the person who was carrying the food left it behind after a rest. When we, tired, thirsty, and very hungry, reached a small hotel in some god-forsaken town, we took rooms. We showered and changed and came down for an evening meal. However, to our horror, great discomfort and, disappointment, the owner announced that the cook had been taken ill and, worse still, there was no food to be had.

I’m not sure whose idea it was but, to save our own lives we killed and ate the owner. I was surprised that the police insisted upon arresting us and even more surprised that the judge allowed the trial to continue. We each defended ourselves and all relied upon the above verses. Fortunately, the judge’s address to the jury emphasized the biblical authority to the jury, who, also True Christians, were duly impressed and the verdict of “not guilty” was a surprise to nobody.

Before we left the court, the judge asked me, “What did the owner taste like?” I think my answer will help many of you, it was “Somewhat tougher and more of a taste of pork than the small child we found last year.”