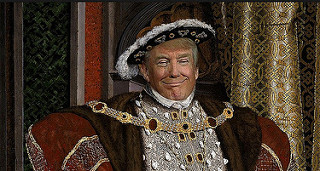 This may be a bit controversial, but I’ve been looking into the Christian monarchist movement recently, and I’m starting to think we can make a compelling case from Scripture as to why we should have a King. And I’m not talking about the US joining the British Commonwealth (Deuteronomy 17:15) or becoming a constitutional monarchy, but an absolute monarchy. 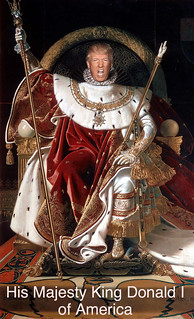 A representative republic is not Biblical

In fact, it is never mentioned in the Bible. There was a time when God’s people had no King, but the anarchy under the judges was not a good thing.

Judges 21:25 In those days there was no king in Israel: every man did that which was right in his own eyes.

And democratically electing leaders may not be the best way to go. Shouldn’t we let God choose our leader?

Hosea 8:4 They have set up kings, but not by me: they have made princes, and I knew it not: of their silver and their gold have they made them idols, that they may be cut off.

The Bible commands us to honor the King

Which is difficult to do if you don’t have one.

Ecclesiastes 8:2 I counsel thee to keep the king’s commandment, and that in regard of the oath of God.
Ecclesiastes 8:3 Be not hasty to go out of his sight: stand not in an evil thing; for he doeth whatsoever pleaseth him.
Ecclesiastes 8:4 Where the word of a king is, there is power: and who may say unto him, What doest thou?
Ecclesiastes 8:5 Whoso keepeth the commandment shall feel no evil thing: and a wise man’s heart discerneth both time and judgment.

Proverbs 24:21 My son, fear thou the Lord and the king: and meddle not with them that are given to change:
Proverbs 24:22 For their calamity shall rise suddenly; and who knoweth the ruin of them both?

First Peter 2:13 Submit yourselves to every ordinance of man for the Lord’s sake: whether it be to the king, as supreme;
First Peter 2:14 Or unto governors, as unto them that are sent by him for the punishment of evildoers, and for the praise of them that do well.
First Peter 2:15 For so is the will of God, that with well doing ye may put to silence the ignorance of foolish men:
First Peter 2:16 As free, and not using your liberty for a cloke of maliciousness, but as the servants of God.
First Peter 2:17 Honour all men. Love the brotherhood. Fear God. Honour the king.

The advantages of a monarchy

Proverbs 16:10 A divine sentence is in the lips of the king: his mouth transgresseth not in judgment.

But even if they aren’t, we should still obey them. We could look at how David refused to harm Saul even when he was trying to kill him.

First Samuel 24:6 And he said unto his men, The Lord forbid that I should do this thing unto my master, the Lord’s anointed, to stretch forth mine hand against him, seeing he is the anointed of the Lord.

Or we could look at how Jesus told the Jews to obey the Roman Emperor.

We could also look at the books of Samuel. They’re a bit confusing to read. It’s almost as if Samuel couldn’t make up his mind whether having a King was a good idea or a bad one. For example, here’s one passage that makes it sound as if God’s people had rejected Him by wanting a King to rule over them instead of a prophet.

First Samuel 8:6 But the thing displeased Samuel, when they said, Give us a king to judge us. And Samuel prayed unto the Lord.
First Samuel 8:7 And the Lord said unto Samuel, Hearken unto the voice of the people in all that they say unto thee: for they have not rejected thee, but they have rejected me, that I should not reign over them.

But then as we read on, we see how having a King enabled God’s people to unite and defeat their enemies. The country seems to be divided at the moment and it has so many enemies — North Korea, Mexicans, Muslims. 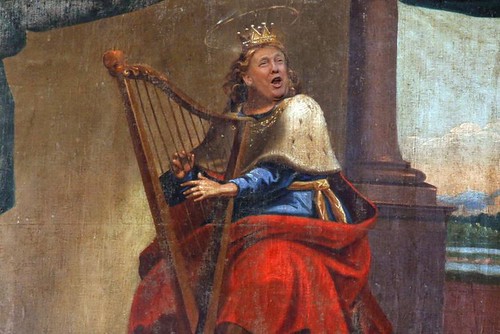 Could Trump be another King David and deliver God’s people from their enemies?

Having a King would also help us to set up a Theocracy. The King is required to write a copy of God’s law for himself and read it every day (Deuteronomy 17:18-20). A good King could be a religious reformer like Josiah (Second Chronicles 34:1-35:27).

How can monarchies be bad if Jesus is a King?

We’re soon going to be living under one when Jesus comes back, if you accept a literal reading of the Bible. He will rule as King on earth from Jerusalem for 1,000 years and then for ever on the New Earth from the New Jerusalem.

Matthew 25:31 When the Son of man shall come in his glory, and all the holy angels with him, then shall he sit upon the throne of his glory.

Psalm 48:2 Beautiful for situation, the joy of the whole earth, is mount Zion, on the sides of the north, the city of the great King.

Micah 4:7 And I will make her that halted a remnant, and her that was cast far off a strong nation: and the Lord shall reign over them in mount Zion from henceforth, even for ever.

Revelation 19:11 And I saw heaven opened, and behold a white horse; and he that sat upon him was called Faithful and True, and in righteousness he doth judge and make war.
Revelation 19:12 His eyes were as a flame of fire, and on his head were many crowns; and he had a name written, that no man knew, but he himself . . .
Revelation 19:15 And out of his mouth goeth a sharp sword, that with it he should smite the nations: and he shall rule them with a rod of iron: and he treadeth the winepress of the fierceness and wrath of Almighty God.
Revelation 19:16 And he hath on his vesture and on his thigh a name written, King Of Kings, And Lord Of Lords.

Revelation 20:4 And I saw thrones, and they sat upon them, and judgment was given unto them: and I saw the souls of them that were beheaded for the witness of Jesus, and for the word of God, and which had not worshipped the beast, neither his image, neither had received his mark upon their foreheads, or in their hands; and they lived and reigned with Christ a thousand years.

Hebrews 1:8 But unto the Son he saith, Thy throne, O God, is for ever and ever: a sceptre of righteousness is the sceptre of thy kingdom.

Can we really come up with a better system of government than God?

Do we now have a suitable candidate? 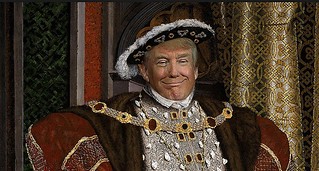 Ok, so Trump has had three wives. That’s nothing compared to Solomon (First Kings 11:3)

I think it would be nice if we could lock in Trump. I don’t want to think about getting stuck with a Democrat if they one day actually suspend democratic elections, like they always secretly want to do.

So, what do you think?