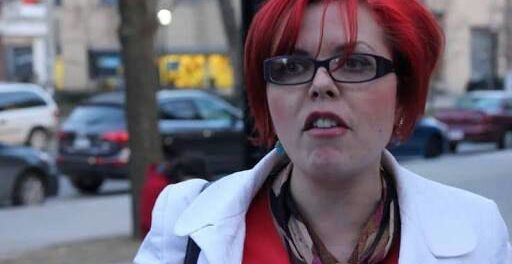 Social Justice Warriors often say “[that fact] is problematic“, or “[that fact] is part of rape culture“, “[that fact] supports white nationalism“. What do they mean? They mean [that fact] makes people think thoughts, and leftists can predict what those thoughts will be.

[That fact] makes people think racist thoughts. Oh? How do you know? Have you been out at truck stops and honky-tonk bars, really getting to know people, getting them to trust you, and then asking them what the fact makes them think?

Or did YOU think racist thoughts when you heard [that fact]? In that case, speak for yourself. The fact may or may not be problematic. YOU on the other hand, clearly are.

But let’s pretend that you didn’t think racist thoughts when you heard [that fact]. Let’s take your claims at face value.

You’re a social engineer, a Machiavellian mastermind of 3 dimensional chess, always thinking 5 turns ahead, you’ve got every moving part in the Rube-Goldberg-machine of human behavior down to a science, every nut and bolt has precisely machined tolerances to within 0.1 nano-meters. You’ve got the master-plan all mapped out:

Yes, the chain of events is all going according to plan. All the pieces are where you want them to be. Everything is falling into place…

One question: how is President Clinton doing?

Is she facing resistance from congress? Wait, there’s hardly any republicans left in congress , of course a master of information warfare like yourself managed to convince democrat voters that mid-term elections exist.

It must be fun in your world. I bet the victory high from electing the first female president must still be in effect.

Or elect 5 democrats. Not even 5 dogcatchers.

I’m reminded of those cartoons were a character is getting stomped, and then they say “Aha! I’ve got you right where I want you“. I’m going to go on google and…

Of course, True Christians do the same thing. We predict that if children get sex ed, or learn about Darwin’s theory of evolution, or get vaccinated for STDs, or play Mortal Kombat, they will do this, that, and the other thing. We also make social engineering predictions 3 turns ahead, but the difference is WE WIN ELECTIONS, which proves that we know how to think 1 turn ahead, or at least we know where the pieces are on the board right now.

Or maybe the assumption is that once leftism really gets going, there won’t BE any elections to worry about.

Copyright © 1620, 2021 landoverbaptist.net, all rights reserved. The information presented here is Biblically accurate. Opinions concerning the technical difficulties, fitness requirements, safety, and ratings of self-crucifixion, flagellation, stoning, destroying enemies of GOD utterly, without mercy, and other activities inherent in Christianity are subjective and may differ from yours or others' opinions; therefore be warned that you must exercise your own judgment as to the difficulty and your ability to safely protect yourself from the inherent risks and dangers. Do not use the information provided on this site unless you are a True Christian â„˘ who understands and accepts the risks of participating in these activities. Landover Baptist Church makes reasonable efforts to include accurate and up to date information on this website, errors or omissions sometimes occur, therefore the information contained on here is provided "as is" and without warranties of any kind either expressed or implied. Viewing, reading, or any other use of the information contained within this web site is purely the voluntary will of the viewer or user. You, 'the viewer' or 'user' shall not hold the publisher, owner, authors or other contributors of The Jesus Experience responsible for any incidents related directly or indirectly to the Experience. Landover Baptist Church, et. al., assumes no liability or responsibility for your actions.