A lot of people from other nations find the idea that God would favor one nation over another offensive. These people clearly have not read the Bible. God frequently indicates the importance of Israel when compared to other nations. There are also nations like Sodom and Gomorrah that God hates. It should come as no surprise to anyone who has actually paid any attention to God’s teachings that some nations are to be preferred over others. So, then the question is “Why is America God’s favorite nation?”

Other less noble nations would turn a blind eye to the crimes of others, and let people destroy themselves and tear away at the fabric of society with marijuana, drug trafficking, child pornography, and other filthy sins, but here in America we actually have a set of principles. More than 0.7% of our total population is in prison! (this includes elderly, babies, children, etc.) More than 3% of our adult population in prison, we have a higher percentage of people in prison than any other nation! With only approximately 5% of the world’s population, we have 25% of the world’s total imprisoned people! Glory!

Down in godless Europe they only have 0.1% of their total population in prison, and down in the trenches of filthy, perverted Japan only 0.05% of their population is in prison! Oh man, I can only imagine all the corrupt judges down there.

We are also one of the few nations to make use of corporations rather than wasteful government spending for our prison systems. Corrections Corporation of America and other Godly corporations own prison systems that house hundreds of thousands of inmates.

Our Supreme Court ruled that part of freedom means that corporations can use their own money to buy political campaign ads and contribute to politicians directly (eg. Republicans)! Only in Godly USA would you see wonderful corporations such as the previously mentioned Corrections Corporation of America being able to contribute millions of dollars in order to have a voice in the political system and an influence in what sort of laws we have and don’t have, such as the ones that get people into prison, which in turn increase their profits. I can’t think of anyone more qualified to influence our laws than trustworthy CEOs and corporations.
http://www.nbcnews.com/id/34822247/n…/#.UXUnHrWG1c4

We don’t just spend more than any other country, we spend five times more on our military than any other country! Might I add it is worth every penny! Less than 700 billion per year for our excellent military? It would be a bargain if we paid twice that amount! What more evidence that the United States is blessed by God do you need? It is as if God himself as reached down to give us His assault rifles and nuclear bombs. Historically, someone’s weight has always been a measure of their wealth and fortune. So, what country is number #1 when it comes to obesity? The USA of course!

Look at how blessed this man is. Clearly God’s favor has shined upon him. Look on the other hand at this child in another nation. Clearly they (or their ancestors) must have done something to upset God. 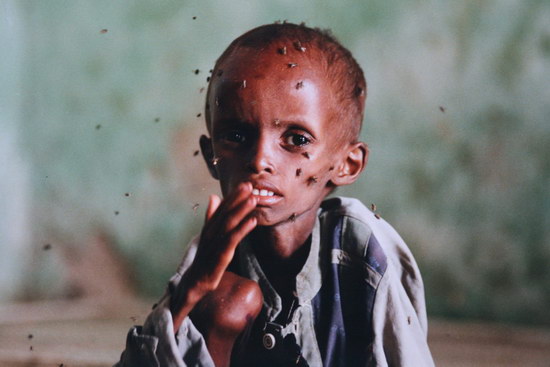