Let us look at the supposedly staggering scientific results by Mr. Hawking!

Malachi 2:10
Have we not all one father? hath not one God created us? why do we deal treacherously every man against his brother, by profaning the covenant of our fathers?

Mark 12:32
And the scribe said unto him, Well, Master, thou hast said the truth: for there is one God; and there is none other but he:

Mr. Hawking changed the word “God” into “singularity” and the world stood still. Now the Bible proves that this was no breakthrough. It was just simple plagiarism.

What about the “black holes” that Mr. Hawking also invented? What are they? They are supposedly places of infinite mass and gravity from where nothing can escape? Is this new?

Revelation 20:1
And I saw an angel come down from heaven, having the key of the bottomless pit and a great chain in his hand.

A “black hole” is simply the bottomless pit, the prison for all things that oppose Christ. At some point someone must have mentioned the Bible to Mr. Hawking, as he suddenly changed his mind and came up with the idea that things can escape from “black holes”.

Of course things can pop out of the bottomless pit. That is, again, a well-known fact!

God will one day let Satan take a short vacation from this “black hole”.

Revelation 20:3
And cast him into the bottomless pit, and shut him up, and set a seal upon him, that he should deceive the nations no more, till the thousand years should be fulfilled: and after that he must be loosed a little season.

Revelation 9:2
And he opened the bottomless pit; and there arose a smoke out of the pit, as the smoke of a great furnace; and the sun and the air were darkened by reason of the smoke of the pit.

Information then? Of course it can sometimes exit the bottomless pit, as the story of the rich man and Abraham teaches us. They were able to communicate between the “black hole” and Heaven.

Luke 16:24
And he cried and said, Father Abraham, have mercy on me, and send Lazarus, that he may dip the tip of his finger in water, and cool my tongue; for I am tormented in this flame. 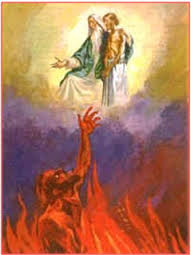 Here we can see information transmitted from the bottomless pit.

The spreading Creation was announced by God eons ago, as we very well know!

Isaiah 48:13
Mine hand also hath laid the foundation of the earth, and my right hand hath spanned the heavens: when I call unto them, they stand up together.

Here we have the “great discoveries” by Mr. Hawking. They were not original. They were simple pure Biblical data twisted into the atheist mindframe. God must have been furious. Still, he showed Mr. Hawking His merciful (Jonah 4:2) nature and gave him the great gift of Punishment by making Mr. Hawking lame. With this God made a statement: Repent. Mr. Hawking had the chance to concentrate on Spiritual contemplation, e.g., by listening to audiobooks of the Bible. He did not. Great gifts would have awaited him had he repented.

Isaiah 35:6
Then shall the lame man leap as an hart, and the tongue of the dumb sing: for in the wilderness shall waters break out, and streams in the desert.

Matthew 11:5
The blind receive their sight, and the lame walk, the lepers are cleansed, and the deaf hear, the dead are raised up, and the poor have the gospel preached to them.

Mr. Hawking disregarded the Gift from God. Instead, he became the living example of another glorious verse.

Proverbs 26:7
The legs of the lame are not equal: so is a parable in the mouth of fools.

Job had it worse. God not only destroyed Job’s health but also his property (Job 1:19). But he got a better family and better children than the ones God killed. He trusted God. Mr. Hawking didn’t.

He is now in Hell.

The scorching Sun is nothing compared to the high temperature of the Bottomless Pit. Do not plagiarize the Bible, children. Your fate could be as bad as Mr. Hawking’s! 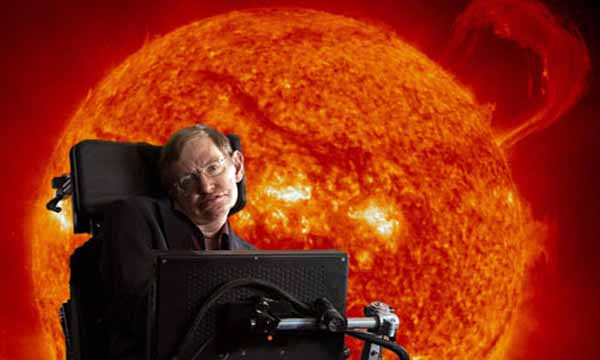