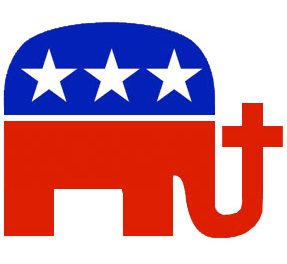 Next time some whining welfare bum aka democrat gives you some commie class-war nonsense about Jesus being some sweat-stinking blue-collar type, give them this:

There are a few hints as to the socioeconomic status of Jesus’ family. The common wisdom is that they were poor. Evidence for this comes from his birth in a stable/cave, the meager sacrificial offering, and Joseph’s occupation as a carpenter. But a careful look reveals a different picture –

The nature of his birth (no room at the Inn) suggests that they were of limited means. Yet their means were not so limited that they didn’t apply to the Inn for a room, whereas most peasant travellers would either stay at the side of the road or stay with relatives. Hence, the election of staying at an Inn demonstrates at least a middle class background. Nor were they so impoverished that they didn’t make the journeys to Jerusalem for the holy days. And, apparently, Joseph made enough money that he had to go to Jerusalem to pay taxes. As indicated in another section, Joseph, was a master builder not a carpenter, and the opportunities for a master builder in the bustling area of central Galilee were many…

The wedding at Cana, and the participation of Jesus’ mother, suggest that they were squarely in the middle class. Moreover, Jesus had many friends and associates from the wealthy class (e.g., Lazarus, Joseph of Arimathea) and many of his stories indicate his familiarity with the issues confronting the landed gentry.

Finally, Jesus’s education indicates that he was not a peasant. In those days, literacy was reserved for the top 3 to 5% of the population. No poor peasant’s son would know how to read and write, speak Greek, and have an expert command of the scriptures.

Even if it were true that prior to Jesus’ birth the family was poor, surely after he was born, with the gift of gold from the Magi, Jesus’ family had sufficient funds.

“The manger did not symbolize poverty but a peculiarity of location caused by circumstances.” (Spong, 1992, p. 144)

“There is notoriously little accurate information about Jesus’s circumstances. But what there is clearly indicates that his family was well-to-do, and that his upbringing was of a kind available only to those with status and financial resources…Jesus is obviously literate and well educated…when education was essentially an adjunct of class.” (Baigent, Lee & Lincoln, 1986, 30-31).
“In the Gospels, Jesus is called a tekton, a Greek word that meant not merely a carpenter skilled in making cabinets or furniture but a designer, construction engineer, or architect. A tekton could build a house, construct a bridge, or design a temple.” (Starbird, 2003, p. 53)

The most common themes in Jesus’ parables (vineyards, slaves, ownership disputes) would dictate that Jesus had been the owner of a large vineyard with serious production problems revolving around lazy slaves.

Jesus was among the wealthiest 5 percent of society, his dad was an archetect and he owned a big vineyard with lots of lazy slaves who had to be beaten a lot. In, short, JESUS IS A REPUBLICAN!

Replies:
Johny Joe Hold (05-09-2018 02:48 AM): AMEN! I think it is time to revive this thread now, as it clearly shows some stunning parallels between Jesus and Donald J. Trump (:wub:): both rich, both appealing to the masses, both wanting to make ...
James Hutchins (05-09-2018 04:42 PM): Isaiah 61:9 And their seed shall be known among the Gentiles, and theirs offspring among the people: all that see them shall acknowledge them, that they are the seed which the LORD hath blessed. God ...
Jim C. Lombardo (08-09-2018 04:53 PM): I hear a rumor that the richest man who ever walked on Earth was Mansa Musa. His wealth, even adjusted for inflation was unparalleled. Me, I don't think it sits so easy, knowing a Canaanite had access ...
MitzaLizalor (09-09-2018 06:33 PM): Isn't that the guy who bankrupted everywhere he went due to over-trading the only commodity he could get his hands on but never actually inventing anything for himself? Typical 3rd world economics. Did ...
Basilissa (21-10-2018 10:45 PM): You have accurately explained history as few others have done, Sister Basilissa. We who live in the wealthy city of Freehold know our exclusive life of luxury is also the life Jesus lived. That is why ...
Dana723 (22-10-2018 01:33 AM): Thank you, Brother Mayor. I am just a mere woman, so if I sometimes say something smart (for a woman), it is just a reflection of the inspiration I receive daily from our Pastors and other Godly :true-fancy: ...
Show all 56 replies.