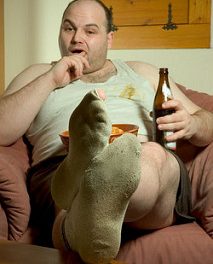 From time to time we get visitors to these forums who quote a passage like 1 John 3:17 and try to persuade us that the Bible supports welfarism. Let’s take a look at what the Bible really says on the matter.

1. God’s standard is that every man should support a) himself and b) his own family.

a) Every man should support himself.

2 Thes 3:10-12
10 For even when we were with you, this we commanded you, that if any would not work, neither should he eat.
11 For we hear that there are some which walk among you disorderly, working not at all, but are busybodies.
12 Now them that are such we command and exhort by our Lord Jesus Christ, that with quietness they work, and eat their own bread.

If a man will not work, he shall not eat. And he shall be shunned by the church.

2 Thes 3:14 And if any man obey not our word by this epistle, note that man, and have no company with him, that he may be ashamed.

Mt 18:17b-20
17 [B]ut if he neglect to hear the church, let him be unto thee as an heathen man and a publican.
18 Verily I say unto you, Whatsoever ye shall bind on earth shall be bound in heaven: and whatsoever ye shall loose on earth shall be loosed in heaven.
19 Again I say unto you, That if two of you shall agree on earth as touching any thing that they shall ask, it shall be done for them of my Father which is in heaven.
20 For where two or three are gathered together in my name, there am I in the midst of them.

It may be hard to believe that someone could be so lazy that they would refuse to work so that they could eat, but it happens. Just read Proverbs.

Pro 26:15 The slothful hideth his hand in his bosom; it grieveth him to bring it again to his mouth. (See also Eccl 4:5.)

b) Every man should support his own family.

1 Tim 5:4 But if any widow have children or nephews, let them learn first to shew piety at home, and to requite their parents: for that is good and acceptable before God.

1 Tim 5:8 But if any provide not for his own, and specially for those of his own house, he hath denied the faith, and is worse than an infidel.

1 Tim 5:16 If any man or woman that believeth have widows, let them relieve them, and let not the church be charged; that it may relieve them that are widows indeed.

Every man should support his own wife, his own children – until they are of working or marrying age – and his own parents. The last may seem like an outdated concept. In most countries these days the government pays pensions to our parents when they get old. But it is not the government’s job to support your parents. It’s yours.

Mt 15:4-6
4 For God commanded, saying, Honour thy father and mother: and, He that curseth father or mother, let him die the death.
5 But ye say, Whosoever shall say to his father or his mother, It is a gift, by whatsoever thou mightest be profited by me;
6 And honour not his father or his mother, he shall be free. Thus have ye made the commandment of God of none effect by your tradition.

In verse 4, above, Jesus makes it clear that anyone who does not financially support their parents is breaking the Fifth Commandment (Ex 20:12) and worthy of death (Ex 21:17). In verses 5 and 6, He goes on to make it clear that the customs of your culture and time don’t absolve you from observing this commandment.

Let’s be clear: supporting your parents is not welfare. It is what they are owed (1 Tim 5:4). It is how you repay them for raising you. Taking money from the government – money collected by taxes on strangers who owe you nothing – is welfare. The government should not be paying pensions; it should be enforcing God’s law. It is there “for the punishment of evildoers, and for the praise of them that do well” (1 Pet 2:13-14). Some countries are doing it right.

So we can see that if everyone kept God’s commandments and supported themselves and their own families, there would be no need for any kind of welfare. But what about those who have no family to take care of them? There’s good news!

2. There is a Biblical Safety Net

In many places the Bible exhorts us to take care of widows. First, however, we must speak of the dangers of enabling idleness.

1 Tim 5:11-15
11 But the younger widows refuse: for when they have begun to wax wanton against Christ, they will marry;
12 Having damnation, because they have cast off their first faith.
13 And withal they learn to be idle, wandering about from house to house; and not only idle, but tattlers also and busybodies, speaking things which they ought not.
14 I will therefore that the younger women marry, bear children, guide the house, give none occasion to the adversary to speak reproachfully.
15 For some are already turned aside after Satan.

Now we can look at Paul’s criteria for whether a widow is worthy of financial support (1 Tim 5:9):

Don’t meet one of these criteria? Never married? Childless? Under 60? Ever committed adultery? Too bad. If you meet every single one of them, congratulations! You are entitled to financial support from your church. Not the government. The Bible tells us it is the job of each congregation to support those of its members who are genuine widows. Whether it’s supporting widows or our own parents, we don’t get to outsource our God-given obligations to the government or anyone else. That’s not how it works.

Many of the verses that “liberal Christians” use to support socialist policies are in fact about God’s people looking after their own.

1 Jn 3:17 But whoever has this world’s goods, and sees his brother in need, and shuts up his heart from him, how does the love of God abide in him?

But God does not want us throwing our money indiscriminately at the poor. The church is to be discerning and judge just who gets how much – if anything. We enforce God’s law among our own, whether by shunning or excommunication (Mt 18:15-20; 1 Cor 5:1-5). We censure those we deem idle or lazy (2 Thes 3:14-15). There may not be many wise among us (1 Cor 1:26), but God has deemed us worthy to judge all things, including angels (1 Cor 6:1-6). Man cannot come up with a better system than that which God has ordained.
Replies:
Basilissa (02-02-2019 05:43 PM): Thank you, Brother Pendergrast, for your excellent explanation which clearly shows that Medicare, Medicaid, food stamps, social security, and disability income should all be ABOLISHED! I want my tax money ...
Show all 1 replies.