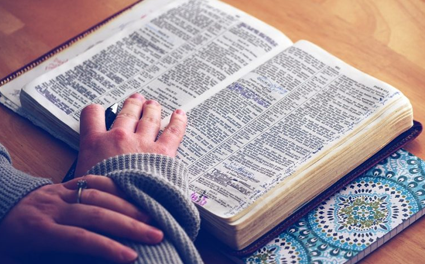 For us Christians it is obvious that KJV Bible is 100% accurate on all accounts as it is the perfect word of God and there are NO contradiction in it. However, if there are someones doubting it, it can be easily demonstrated how wrong they are.

Especially New testament is handy for this, as there are several different accurate records about life of Jesus. These are of course four gospels. They are all 100% accurate eyewitness reports of men whose hands were moved by God.
2 Timothy 3:16

So we all know how Jesus went over sea of Galilee into the land Gergesenes, (also known as land of Gadarenes) drove devils out of men, killed whole livestock of nearby city in process and because of that angered the people of the city and then came back home. Not only we know that, but we also can see exactly how this happened and how all the people were placed at the scene. We can even see the direction of the wind because Bible is so accurate about these historical events.

I drew quickly this picture as well to highlight the obvious, so not even the most skeptical reader can’t deny the historical accuracy of this account.Attached Images