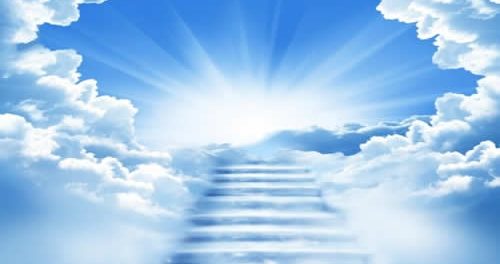 Eyewitness Testimony! The best kind of evidence there is! And even better if the testimony is uttered by a True Christian™ Eyewitness. A foreign – and thus slightly suspicious – pastor brings us tidings of his recent visits in Heaven. Based on the data we gathered he may even have visited Heaven 15 times and brought back important information about its population. He met many famous and infamous people up there, and among them was Mr. Adolf Hitler, who is probably, however, alive, and thus apparently just another visitor to the Eternal Mansions of Jesus Christ. But let us look at the evidence in detail:

First, is this man a reliable witness? At least he speaks and writes American but the slightly better grasp of grammar when compared to our Beloved President Trump may raise your suspicions… Let us remember that good skills in American orthography are not necessarily evil, although the Bible clearly opposes secular education (2 Timothy 3:5-7). In fact, George Bernard Shaw witnesses to us that foreigners are allowed to surpass pure-blood Americans in literary skills:Quote:

On to the content of this foreign prophecy. The people he thought he met in Heaven: Is it plausible (we’ll use the triage of the Myth Bastards here, i.e., “confirmed”, “plausible” or bustered”)?

This photograph is not in any context! Jesus could as well be in the middle of the process of discarding Mr. Jackson’s soul into Hell! But – God did perform a miracle on Michael Jackson! He made Mr. Jackson White!

This Prophet also claims to heal cancer, AIDS and even the vicious condition of high Blood Pressure. This is plausible.

Luke 9:1
Then he called his twelve disciples together, and gave them power and authority over all devils, and to cure diseases.

I am currently planning a mission to the African continent to find this Prophet and assess with my own eyewitness testimony his credentials. Fortunately I just received an e-mail about an uncle that I did not know I had. Apparently he perished recently in Nigeria and left a considerable fortune ($ 5 million) that I shall inherit after paying the lawyer over there the token sum of $ 4000 for their expenses. I’ll be soon sending them this sum. This will allow me to visit the country and examine this prophet thoroughly. Praise Jesus! And it is so nice to know that anyone can Repent.

Jesus does not grade sins (except Matthew 12:31). To just think about stealing an apple from your neighbor’s orchard is as bad as a genocide. He’ll accept you if you do your Ecclesiastes 12:13properly. Gory to God!