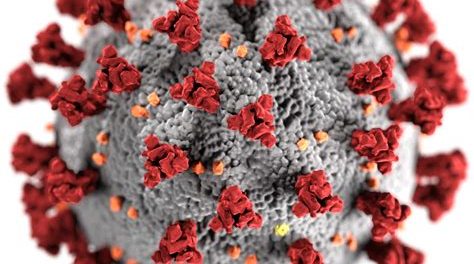 An atheist, catholic or pagan would not imagine there was much connection between Adam and the Covid-19 virus, but to the discerning Christian not only is the connection plain, but it raises profound theological problems, the answer to which demonstrates the necessity of there being a Supreme Being, i.e. God.

In this world there are basically two views of creation:

1. God made everything just as it is now. This has the advantage of being simple to comprehend, satisfactory as far as general daily life is concerned and above all, It is God’s Word – and why would God lie?

2. For no apparent reason and without any proof at all, there was a infinitely small and infinitely dense and infinitely hot point in a vast void of absolute nothingness – it exploded and now we have lesbians. – This takes years and years of study to justify and always ends with the student – now a scientist – saying “but there are some things we do not understand.” Which is exactly the same as saying “I’ve no idea” and that is a stupid thing to say, because you have just read 1. above.

The profound theological problem is this:

Did Adam have a soul? And what are the ramifications for Covid-19?

This much we know:Ge:1:27: So God created man in his own image, in the image of God created he him; male and female created he them.AndGe:2:7: And the LORD God formed man of the dust of the ground, and breathed into his nostrils the breath of life; and man became a living soul.Ge:2:8: And the LORD God planted a garden eastward in Eden; and there he put the man whom he had formed. Ge:2:9: And out of the ground made the LORD God to grow every tree that is pleasant to the sight, and good for food; the tree of life also in the midst of the garden, and the tree of knowledge of good and evil.Here we see the stage at which Adam was a living soul and that Adam was a man. The soul is immortal and thus Adam was an immortal man.

Now we have:Ge:2:17: But of the tree of the knowledge of good and evil, thou shalt not eat of it: for in the day that thou eatest thereof thou shalt surely die.And Adam eats thereof…

Thus at this point, it had happened: Adam has a soul that remained immortal but his body became mortal – and so this is the case even today, and there is no arguing with the fact that we are all descended from Adam.

The next point that must be combined with the above conclusion isGe:1:24: And God said, Let the earth bring forth the living creature after his kind, cattle, and creeping thing, and beast of the earth after his kind: and it was so.And by comparison with Ge:2:7: above, we see there was no “breath of life” – no soul – all other living creatures are soulless and mortal.

Now considerGe:1:26: And God said, Let us make man in our image, after our likeness: and let them have dominion over the fish of the sea, and over the fowl of the air, and over the cattle, and over all the earth, and over every creeping thing that creepeth upon the earth.Here, consider also:Ge:3:1a: Now the serpent was more subtil than any beast of the field which the LORD God had made.Here we have an instance of a “creeping thing that creepeth upon the earth” – apparently without a soul – whom we know is “subtil” and thus knows good from evil, so it is man, not the soul, that can make this distinction between good and evil.

And consider a change to Ge:3:1a: Now Pastor Bathfire was more wise than any beast of the field which the LORD God had made.

The ramifications are that Adam had a soul and knew good from evil – there was Satan before him as God rebuked him and he yet did not kill Satan! He just stood there impotent! This was not unreasonable as even God did not kill Satan!

God recognizes this in the Book of Job where he chats with Satan when He could have killed him, and when he merely rebukes the serpent yet kills a man when he touched the Ark of the Covenant2Sa:6:6: And when they came to Nachon’s threshingfloor, Uzzah put forth his hand to the ark of God, and took hold of it; for the oxen shook it.

2Sa:6:7: And the anger of the LORD was kindled against Uzzah; and God smote him there for his error; and there he died by the ark of God and millions of men when he flooded the earth. The only reasonable deduction is that the Covid-19 virus is an immortal being and thus divine force of Evil designed by God as a punishment for sinners. This parallels the “Serpent incident.”

We cannot kill it – we can only resist its blandishments (e.g. Oh, Come on – just lick the forehead of this stranger – God has said it will kill you, but it won’t!”)

The conclusion, amply demonstrated above, is that the Coronavirus will lose its power when sinners and others who do not listen to God are dead.


Replies:
Johny Joe Hold (17-04-2020 08:30 PM): The conclusion, amply demonstrated above, is that the Coronavirus will lose its power when sinners and others who do not listen to God are dead. Powerful, Pastor Bathfire. As the days pass we are making ...
WWJDnow (18-04-2020 12:02 AM): As the days pass we are making progress. Sinners fall one by one in every state. When the last one falls we will be free of Coronavirus.Unfortunately, Satan and Democrat governors are determined to keep ...
Alvin Moss (18-04-2020 02:22 AM): It is quite clear that this plague was sent by God to ravage His enemies and He is known to have done this many times in the past. The Scriptures reveal that the Lord will always send pestilence among ...
Show all 3 replies.