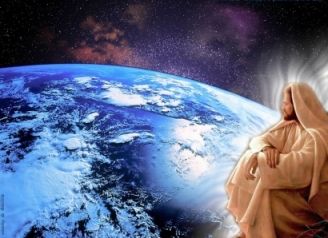 Make up your mind, you indecisive eggheads! The scientific controversy over global warming is paralyzed as climate scientists are gridlocked in debate:

I found 2,258 articles, written by a total of 9,136 authors….Only one article, by a single author in the Herald of the Russian Academy of Sciences, rejected man-made global warming.

But we’re talking about a RUSSIAN scientist, and everybody knows those guys are freakish super humans who can play 20 simultaneous games of chess blindfolded while designing super weapon doomsday devices. One Russian scientist is worth more than thousands of normal scientists (the same phenomenon applies to their mail-order brides as well).

He then goes into ancient history, acting like people who liked the sound of Milli Vanilli and Vanilla Ice are trustworthy sources of information:

My previous study, of the peer-reviewed literature from 1991 through Nov. 12, 2012, found 13,950 articles on “global warming” or “global climate change.” Of those, I judged that only 24 explicitly rejected the theory of man-made global warming.

Just look at that liberal bias! Scientists have made no attempt to make their peer-reviewed studies and evidence match up with public opinion, the elitists.

And after all the money so generously donated by the Fossil Fuel industry, conservatives billionaires and right-wing foundations, scientists refuse to make studies to support prove our opinions. The ingratitude is staggering.

It also proves Big Science is socialist, to be ignoring the market incentives provided so generously by little oil. The rest of us hustle and do what it takes to make a buck, but not those smug nerds, comfortable in their labs:

From Scientific American (a contradiction in terms):Quote:

And I thought science has supposed to be hyper-competetive, with every study being ripped into by peer reviewers like a feeding frenzy, with contrarians, nitpickers, brilliant cranks, and moot debates just because scientists like to argue so much they’ll just make up disagreements as if there aren’t enough already.

Most of all, where is the nitpickery? Normally, you can’t say more than a sentence to a liberal egghead know-it-all without getting “corrected” or nitpicked on some detail. We know the arguments are out there, here’s a list of 136 arguments against climate change.

This isn’t just climate science, by the way. I once offered a good sum of money to any scientist who could make a peer-reviewed study proving my ex-wife a bitch, and another one proving that God had answered my prayer that she suffer brain damage, but none were interested. And I offered a LOT of money. I think scientists lack business sense because they’ve been brainwashed by socialism.

The ingratitude is shocking. After all the money so generously donated by the Fossil Fuel industry, conservatives billionaires and right-wing foundations, scientists refuse to make studies to support other people’s opinions.

I think those nerds have watched to many science fiction movies. Like this “polar vortex” they just ripped that off from The Day After Tomorrow. And here’s a list of talking points on the subject by – get this – a science fiction author! A guy whose job is to tell stories filled with monsters and other worlds and larger-than life heroes and impossible stuff!”the War on Science is part of a much wider effort to destroy public trust in every “smartypants caste” — from school teachers, journalists, medical doctors and attorneys to professors, civil servants and skilled labor. (Name a center of intellect that’s exempt!) But nowhere is it more relentless than by savaging the one group in society that’s unarguably among the smartest and best educated.”Just listen to that arrogance! “My facts are better than your opinion!”

The supposedly stupid climate scientists are in many cases the very same people who improved the Weather Forecast from a 4 hour joke (remember those days?) to a ten day projection so useful that you plan vacations around it.

Nonsense! Just last summer I was told by the weather forecast that there was a “50% chance of rain”, so I put on half my rain gear. Well, what came out of the sky was 100% rain, let me tell you.

If they proved titanically competent in one area, don’t they deserve some benefit of the doubt in a closely related field? Perhaps more than TV shills who work for coal czars and Saudi princes?

But of course Glenn Beck knows more than they do.

Just because someone is paid by Saudi Arabia doesn’t make them any less entitled to their own facts.

Really? They’d lie for a $50,000 grant? All of them? Even the vast majority who have no such grants and work in other (related) fields?

…How about the major prizes and grants offered by coal companies and petro moguls, for anti-Climate Change “research”? Huge offers, often much bigger than those petty little grants from EPA, NASA, NOAA or private foundations. Why don’t those coal-co offers draw serious, top-rank climate scholars, if they are all such money grubbers?

Sounds like class-envy from someone who has to scrape and beg for tiny research grants. You scientists have nobody to blame for your poverty but yourselves – pull yourself up by your bootstraps, find an Oil billionaire to work for, QUIT WHINING AND START WINNING!And how does it feel parroting the exact same lines as the Tobacco Industry pushed, when they cried “the jury is still out” about the health effects of smoking, and Tobacco shills claimed that anti-smoking scientists were all in it to become millionaires off grants from the Heart Association? Have you no memory? No shame?But cigarette smoke IS healthy, it’s just that it’s also pleasurable and God punishes those who enjoy worldly pleasures. I also offered money to scientists willing to prove this, but again the socialists couldn’t make a deal.

More to the point, if you are so sure about this slander – that all the scientists backing Climate Change are grubbing for grants – HOW ABOUT OFFERING IT AS A BET? Wagers are on the table. Free money, if you’re sure! Follow the money, prove this and collect the bets. Only a coward would refuse. (Hint: when offered wagers, these folks always, always run away. Try it and watch them scurry for cover!)

Gambling is a sin! See how clear the satan-nerd connection is, when nerds can only defend themselves by openly advocating for sin?

Even if HGCC proved to be an utter myth, it would still be worthwhile to bend major efforts toward efficiency and new energy, if only to wean ourselves off dependence upon foreign oil and filthy coal. An accomplishment that George W. Bush swore would be his top priority… and that he sabotaged at every turn. (Hmm… look at his family friends and guess why.)

Notice how liberals hate families. They’re just natural-born backstabbers, unable to understand that normal people side with their own families. They even invent new words, like “nepotism” and “cronyism”, which make no sense to loyal, non-backstabbers.

Of and in the end, it doesn’t matter if thousands of scientists say global warming is real because they can all be over-ruled with one study.

That study is THE BIBLE, produced by ALMIGHTY GOD.


Replies:
James Hutchins (11-12-2020 05:33 PM): Brrr! I hope you are okay? Here in the south of Godless England it was almost five degrees above freezing, but we have become accustomed to such extreme temperatures and so I merely took off a sweater. I ...
MitzaLizalor (15-12-2020 03:46 AM): https://www.landoverbaptist.net/picture.php?albumid=87&pictureid=753Fresh air is so important. Have you tried running the boiler a bit higher, still with the windows open and a lovely antique fan? The ...
Basilissa (18-02-2021 06:15 PM): I think we can safely put the global warming hoax to rest, now that Texas has been ravished by the possibly worst winter they had - ever. :thumbsup: There are people burning their furniture to keep warm. ...
Dr. Anthony J. Toole (11-02-2022 05:51 AM): Think about it. If the climate gets warmer, the oceans will evaporate and sea levels will go lower. The scientists have it on backwards, as usual. ...
MitzaLizalor (11-02-2022 06:57 AM): This is what happens when established doctrine is removed from the classroom. God's explanations are replaced by outright contradictions such as meteorology. New-age guru types announce "god" is just ...
Dennis Lukes (13-02-2022 03:27 AM): In the 90s, they talked about a "hole" in something they called the "ozone layer." Then the hole got plugged up or something and in the 00s "global warming" was all the rage. When the continued existence ...
Show all 45 replies.